What was Hervé Villechaize's Net Worth and Salary?

Hervé Villechaize was a French American actor and painter who had a net worth of $100 thousand at the time of his death. Herve was known for his roles as the henchman on "The Man with the Golden Gun" and as the assistant on "Fantasy Island."

Villechaize was born on April 23, 1943 in Paris, France while the Nazis were occupying the city during World War II. His mother was English-born Evelyn Recchionni and his father was French surgeon André Villechaize. Villechaize is the youngest of four sons and was born with dwarfism. His father believed the condition had to do with an endocrine disorder and tried to "cure" his son at several institutions throughout his childhood, unsuccessfully.

Due in large part to his condition, Villechaize was bullied at school. He was able to find comfort in painting and became quite talented in the art form. In 1959, he enrolled at the Ecole des Beaux-Arts at the age of 16 in order to study art and painting. Two years later, in 1961, he became the youngest ever artist to have his work displayed in the Museum of Paris.

In order to further pursue his artistic interests, Villechaize decided to leave France for the United States in 1964. He taught himself English by watching television and settled in the Bohemian section of New York City.

After settling in New York, Villechaize initially worked as a painter and photographer. He also started going for auditions for Off-Broadway productions. He appeared in "The Young Master Dante" by Werner Liepolt and also in a play by Sam Shepard. He did some brief modeling for "National Lampoon" and then decided to begin going for film roles.

His first film role was in the 1966 film "Chappaqua." He then appeared in the 1969 "Item 72-D: The Adventures of Spa and Fon." He continued working steadily through the early 1970s, with roles in "The Gang That Couldn't Shoot Straight," "Malatesta's Carnival of Blood," "Crazy Joe," and "Seizure." He was supposed to have a role in the original "Dune" in 1971, but the film was later cancelled.

After working in the film industry for nearly ten years, Villechaize's big break came when he was cast in "The Man with the Golden Gun" in 1974.  The film was part of the popular James Bond films and helped catapult Villechaize to fame. At the time he was cast, he had been living in his car in Los Angele and sometimes working as the assistant to a rat catcher. The film helped Villechaize continue securing work in Hollywood. 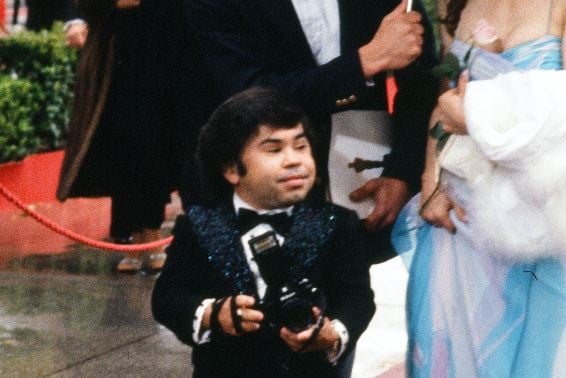 He appeared in multiple episodes of "Sesame Street" beginning in the third season as "Oscar the Grouch. In 1977, he booked one of the recurring character roles on the television show "Fantasy Island," on which he played the character of Tattoo. While Villechaize was a popular actor with the public, he was often challenging on set to direct and his interactions with producers and the other actors often led to small fights. He was known to often proposition women and disagreeing with the film crew and was eventually fired from the show after appearing in 132 episodes. He was replace by actor Christopher Hewett in 1984.

During the time he had been on "Fantasy Island," Villechaize had continued appearing in other films as well. He starred in "Forbidden Zone" in 1980 and also appeared in "Airplane II: The Sequel" in 1982. He played the title role in "Rumpelstiltskin" in an episode of "Faerie Tale Theatre" in 1982. His final appearance on screen came when he appeared as himself in an episode of "The Ben Stiller Show."

At the peak of his fame he earned $25,000 per episode of Fantasy Island. That's the same as around $70,000 in today's dollars. In 1983 he demanded to be paid the same as Ricardo Montalban who was earning $40,000 per episode. Unfortunately, ABC responded by firing him from the show.

After he left Fantasy Island, Hervé was soon low on cash. He was forced to sell the ranch and rent a very modest house in North Hollywood. By 1986 he had reportedly blown through the entire $3.6 million fortune he earned working on Fantasy Island, roughly $8 million in today's dollars. He was forced to take much lower paying jobs that provided a $500 per month income.

Villechaize married his first wife, Anne Sadowski, in 1970 and then divorced in 1979. During their marriage, he had a two-year relationship with actress Susan Tyrell and shared a home with her in Los Angeles. Following his divorce, he married his second wife, actress Camille Hagen, in 1980. The two had met on the set for the pilot for "Fantasy Island." However, the couple divorced in 1982.

Outside of acting, Villechaize was an active member of a movement in California during the 1970s and 1980s that dealt with child abuse and neglect. He would often go to crime scenes to help comfort victims of abuse and would even confront abusers. In 1983, he was interviewed for "The Teen Show" during which he talked openly about his many suicide attempts and how he had slowly been able to learn to love himself. The show as directed at teens struggling with depression and thoughts of suicide.

In 1993, police arrived to Villechaize's North Hollywood home following a call by his then girlfriend, Kathy Self. It was reported that Villechaize had attempted to shoot Self before shooting himself. He was pronounced dead later that day. He had left a suicide note which detailed how depressed he had grown after suffering from longtime health problems and chronic pain. Self reported that leading up to his death, Villechaize slept in a kneeling position in order to be in less pain.

In 2018, the film "My Dinner with Hervé" premiered on HBO. The film is the work of Sascha Gervasi, who had conducted a lengthy interview with Villechaize prior to his suicide, and Peter Dinklage, who became interested in Villechaize's life story. In the film, Villechaize is played by Dinklage. 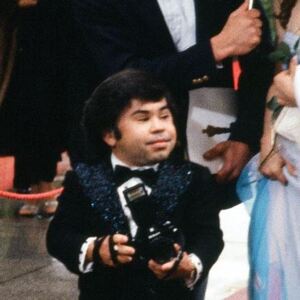