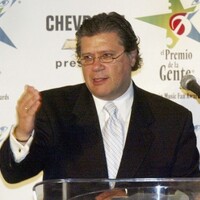 Henry Zakka Net Worth: Henry Zakka is a Venezuelan actor and director who has a net worth of $500 thousand. Henry Zakka was born July 29, 1956 in Caracas, Venezuela. Zakka has mostly participated in telenovelas during his career as an actor and is best known for his work in Amándote II (1990), Princesa (1992) and Inolvidable (1992). Amándote II, directed by Lito de Filippis and written by Ligia Lezama, also starred Arnaldo André, Carolina López and Lupita Ferrer. Princesa, directed by Alfredo Galiñanez, Tato Pfleger and Gaita Aragona and written by Mariela Romero, also starred Maricarmen Regueiro, Gabriel Corrado and Viviana Saccone. Inolvidable, directed by Blas de Filipis and written by Boris Izaguirre and Raúl Lecouna (it was his concept), also starred Mariela Alcalá, Rubén Ballester and Gigi Zanchetta. Between 1979 and 2014 he appeared in such productions as Estefanía, Jugando a vivir, Topacio, Cristal, Soy Gina, Perla negra, Zingara, El gato tuerto, Encrucijada, Aurora, La casa de al lado, Una Maid en Manhattan, Pasión prohibida and Reina de corazones, among others.