What is Henry Winkler's Net Worth and Salary?

Henry Winkler is an American actor, director, producer and author who has a net worth of $40 million. Henry Winkler is probably most famous for playing The Fonz on the sitcom "Happy Days." He has also made numerous appearances in films and television over the years and is a successful children's book author.


Henry Franklin Winkler was born on October 30, 1945, in Manhattan, New York City. His mother, Ilse Anna Marie (née Hadra), was a homemaker, and his father, Harry Irving Winkler, was a lumber import-exporter. His cousin, Richard Belzer, is also an actor, and he has a sister named Beatrice. Winkler's parents were German Jews from Berlin. They emigrated to the U.S. in 1939, just before the outbreak of World War II. He struggled through school due to dyslexia (which was undiagnosed at the time), and ultimately graduated from McBurney School on Manhattan's Upper West Side in 1963, but only after completing summer school. He continued his education at Emerson College, graduating with a BA in 1967, and he went on to earn an MFA from the Yale School of Drama in 1970.

According to Winkler, his first paid television job was as a game show extra in New York, for which he was paid $10. He then supported himself in New York City by working in television commercials, while performing theater for free at the Manhattan Theater Club. During the period of 1968 to 1972, he also appeared in numerous Yale Repertory Theater productions. Some of these include "Coriolanus" (May 1968), "Macbeth" (February 1971), "Gimpel the Fool" (October 1970), "Two by Brecht and Weill: The Little Mahagonny and the Seven Sins" (May-June 1971, January 1972), among others. 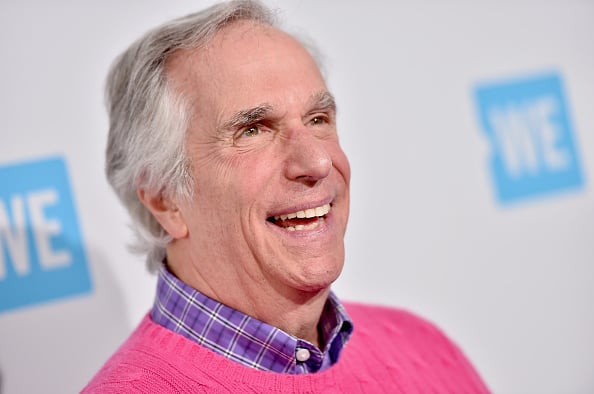 In 1973, Winkler landed the role of Butchey Weinstein in the drama film "The Lords of Flatbush". The film also starred Perry King and Sylvester Stallone. However, the film was not released until 1974. During 1973 he appeared on shows like "The Mary Tyler Moor Show", "The Bob Newhart Show", and "Rhoda". Also in 1973, the producer Tom Miller helped Winkler land the role of Arthur Herbert Fonzarelli, also known as "The Fonz" or "Fonzie", on the sitcom show "Happy Days". "Happy Days" first started airing in January 1974, and helped Winkler achieve wider recognition and fame. He remained with the show as The Fonz until it ended in 1984. While he starred on television as The Fonz, he also appeared in films like "Heroes" (1977), "The One and Only" (1978), and "An American Christmas Carol" (1979).

After taking a break from acting in the 1980s, beginning in the 1990s Winkler slowly started returning to acting. In 1991, he starred in the highly controversial made-for-tv film "Absolute Strangers", and then in 1994 he co-starred with Katharine Hepburn in the tv movie "One Christmas". Also in 1994, he returned to television in the Fox comedy series "Monty". However, "Monty" did not air for long and was pretty short-lived; it was canceled after just six episodes. Then Adam Sandler invited him to appear in his film "The Waterboy" (1998), starting off what would prove to be a good friendship and productive professional relationship. Winkler went on to appear in three other Sandler films: "Little Nicky" (2000), "Click" (2006), and "You Don't Mess with the Zohan" (2008).

Since then, Winkler has appeared in many other works, such as the television shows "Numb3rs", "The Bob Newhart Show", "South Park", "The Practice", "The Drew Carey Show", "The Simpsons", "Law & Order: Special Victims Unit", "Third Watch", "Arrested Development", "Family Guy", and "King of the Hill", "Royal Pains", "Childrens Hospital", "Parks and Recreation", and "Barry", among others. 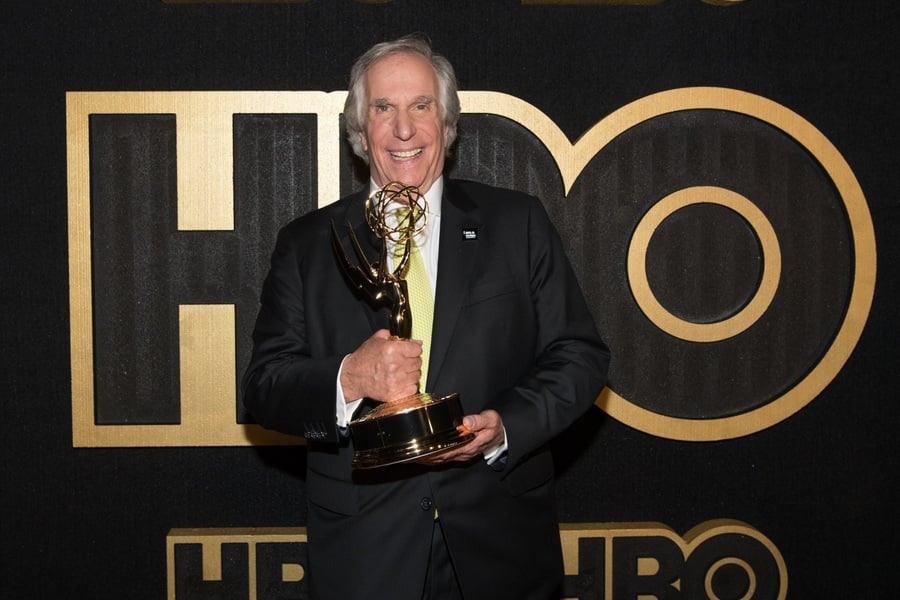 In addition to his acting pursuits, Winkler has also found success as a producer. He narrated and was the executive producer of the documentary film "Who Are the DeBolts? And Where Did They Get Nineteen Kids?" (1977). The film went on to win the Academy Award for Best Feature-length Documentary in 1978, the Directors Guild of America Award, and the Humanitas Award for director John Korty. Additionally, an edited 50-minute version of the film that was shown on television on ABC in December 1978 went on to win an Emmy Award for Outstanding Individual Achievement – Informational Program in 1979.

After "Happy Days" ended in 1984, Winkler doubled down on his producing and directing ventures, and began to focus on them over acting. He teamed up with John Rich to establish Winkler-Rich Productions. Whenever Rich was not involved in a project, Winkler would be involved under the company Fair Dinkum Productions. During this period, he produced television shows like "MacGyver", "So Weird", "Mr. Sunshine", "Sightings"; game shows like "Wintuition" and "Hollywood Squares"; and the made-for-tv film "Scandal Sheet" (1985). Additionally, he directed films like "Memories of Me" (1988) and "Cop and a Half" (1993).

In 1999, Winkler signed on as executive producer for the Disney Channel original series "We Weird". He has since worked on a number of other projects. For example, he was the executive producer of the NBC series "Better Late Than Never" from 2016 to 2018, a travel-reality show that featured Winkler himself, alongside William Shatner, George Foreman, and Terry Bradshaw.

Winkler married his wife Stacey Weitzman (née Furstman) in May 1978. Together, they have two children: Zoe Emily (born 1980) and Max Daniel (born 1983). Stacey was previously married to entertainment super-lawyer, Howard Weitzman. Winkler is stepfather to her son, Jed Weitzman, from her previous relationship.

Real Estate: In November 1993 Henry and Stacey purchased a home in LA's Brentwood neighborhood for $3.4 million. That's the same as spending around $6 million in today's dollars. Today the home is worth $11-15 million.

Around the same time of the purchase, the Winklers sold their longtime Toluca Lake home to actor Andy Garcia for $2.26 million. They bought the home in 1978, the same year they married. 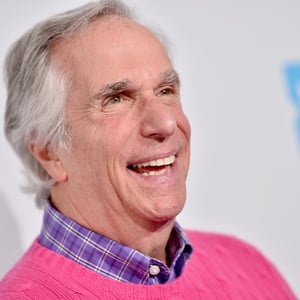