Henry Simmons net worth: Henry Simmons is an American actor who has a net worth of $2 million. Henry Simmons was born in Stamford, Connecticut in July 1970. He attended Franklin Pierce College on a basketball scholarship and experimented in theater. From 2000 to 2005 Simmons starred as Det. Baldwin Jones in the television series NYPD Blue.

From 2006 to 2008 he starred as Isaac Wright in the TV series Shark. From 2011 to 2012 Simmons starred as Grant in the series Man Up. From 2013 to 2014 Simmons starred as Simon Beaumont in the television series Ravenswood. Since 2014 he has starred as Alphonso "Mack" Mackenzie on the TV series Agents of S.H.I.E.L.D. Simmons has starred in the movies Above the Rim, Taxi, Are We There Yet?, Something New, Madea's Family Reunion, The Insurgents, South of Pico, World's Greatest Dad, From the Rough, and No Good Deed. He won an American Black Film Festival Award in 2007 for South of Pico. Henry married actress Sophia Brown in 2010. 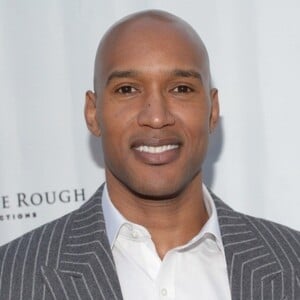