Henry Ian Cusick Net Worth: Henry Ian Cusick is a Scottish-Peruvian actor who has a net worth of $1 million. Henry Ian Cusick Chavez was born in Trujillo, Peru in April 1967. As a child he lived in Spain, Scotland, and Trinidad and Tobago. He attended the Royal Scottish Academy of Music and Drama.

His first role came as an understudy at the Citizens' Theatre and appeared in productions in Glasgow. He acted in theater and earned a commendation at the 1995 Ian Charleston Awards. His first TV appearance came in the series Taggart in 1993. From 2001 to 2002 he starred as Jason in the TV series Casualty. He starred in the series Two Thousand Acres of Sky from 2001 to 2003. In 2003 Cusick starred as Miles Longmuir in the series The Book Group. One of his best known roles came as Desmond Hume in the television series Lost from 2005 to 2010. In 2012 he starred as Stephen Finch in the series Scandal and in 2014 as Kane in the series The 100. He has starred in the movies The Gospel of John and Jesus Christ, Half Light, 9/Tenths, Hitman, Not Another Happy Ending, and The Girl On The Train. Cusick was nominated for a Primetime Emmy Award in 2006 for Outstanding Guest Actor in a Drama Series for Lost. In 2006 Henry married Annie Wood and the couple has three children together. 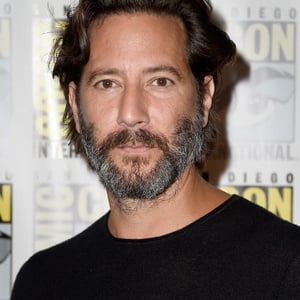