Henry Czerny Net Worth: Henry Czerny is a Canadian actor who has a net worth of $6 million dollars. Henry Czerny is best known for appearing in movies like "Mission: Impossible", "Clear and Present Danger" and "The Ice Storm." Between 2011 and 2014 he starred on the ABC primetime drama "Revenge", playing the role of Conrad Grayson. For his efforts, he's been awarded two Gemini Awards and one Theatre World Award.

Henry Czerny was born in February of 1959 in Toronto to Polish parents. His mother worked as a baker while his father earned a living as a welder, both of whom were considered to be working class immigrants at the time. Throughout childhood he became interested in acting and went on to attend the National Theatre School, which is located in Montreal. He graduated in 1982 before pursing a professional career in acting. At this time he also toured with theatre groups who put on various productions. Within a few years he had appeared in a number of acclaimed Canadian productions, turning himself into a household name. It was then – the mid-to-late 1980s – that he began exploring further acting ventures, going on to appear in various musicals, and eventually, on-screen productions in both television and film settings. In 2001, Czery married Claudine Cassidy; the couple have one child, a son named Cameron. 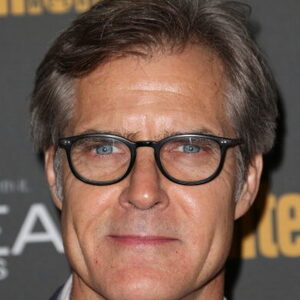