Hema Malini net worth: Hema Malini is an Indian actress, writer, producer, dancer, and politician who has a net worth of $60 million. That is a combined net worth with her husband, fellow Indian celebrity Dharmendra. She is known for being one of the most popular Indian actresses.

Hema Malini was born in Ammankudi, Madras State, India in October 1948. She served as a member of Parliament, Raja Sabha from November 2003 to November 2009. Malini became a member of Parliament, Lok Sabha in May 2014. She was awarded the Padma Shri in 2000. Hema Malini made her acting debut in 1962 and has starred in many Bollywood films as a lead actress. She has frequently starred opposite her husband Dharmendra whom she married in 1980. Malini also frequently stars with Rajesh Khanna and De Anand. She became known as the Dream Girl in 1977 and was one of the highest paid Indian actresses in the late 1970s. Malini won the Filmfare Award for Best Actress in 1972 and the Filmfare Lifetime Achievement Award in 2000. She has served as chairperson of the National Film Development Corporation. 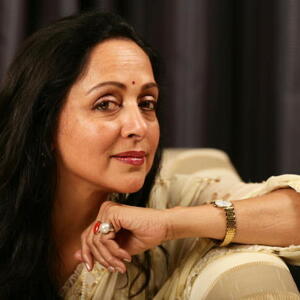