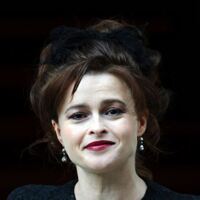 What is Helena Bonham Carter's Net Worth and Salary?

Helena Bonham Carter is an English actress who has a net worth of $60 million dollars. Bonham Carter made her big screen debut in 1985's "A Room with a View," though 1986's "Lady Jane" was actually filmed earlier. Helena has gone on to appear in more than 100 film and television projects, and she is well-known for starring in the films of Tim Burton (who she was in a relationship with for over a decade), including "Charlie and the Chocolate Factory" (2005), "Sweeney Todd: The Demon Barber of Fleet Street" (2007), and "Alice in Wonderland" (2010).

Helena Bonham Carter was born on May 26, 1966, in Islington, London, England. She grew up in Golders Green with mother Elena (a psychotherapist), father Raymond (a merchant banker), and older brothers Edward and Thomas. Raymond, who passed away in 2004, was the son of politician/feminist Violet Bonham Carter, and Elena's father was diplomat Eduardo Propper de Callejón. When Helena was 5 years old, her mother suffered a nervous breakdown and took three years to recover, and the experience inspired Elena to become a psychotherapist. Five years after Elena recovered, Raymond was diagnosed with acoustic neuroma and had a stroke after complications arose during surgery to remove the tumor. After the stroke, Raymond was half-paralyzed and wheelchair-bound. Bonham Carter attended South Hampstead High School and Westminster School, and King's College, Cambridge denied her admission, fearing that Helena would leave school to focus on acting. At age 13, she was runner-up in a national writing contest and used her winnings to enter her photo into the "Spotlight" casting directory. Bonham Carter soon signed with an agent and landed her first acting job, a commercial, at 16.

In 1983, Helena had a small role in the television film "A Pattern of Roses." She then filmed the movies "Lady Jane" and "A Room with a View," playing the lead role in both, and in 1987, she guest-starred on two episodes of "Miami Vice" and appeared in the films "Maurice" and "A Hazard of Hearts." Bonham Carter played Ophelia in 1990's "Hamlet and Julia in 1996's "Twelfth Night," and 1997's "The Wings of the Dove" earned her critical acclaim and numerous awards. She then appeared in several high-grossing films, including 1999's "Fight Club" ($101.2 million), 2001's "Planet of the Apes" ($362.2 million), and 2005's "Charlie and the Chocolate Factory" ($475 million). Helena voiced the title character in 2005's "Corpse Bride" and sold the "worst pies in London" as Mrs. Lovett in the 2007 musical "Sweeney Todd: The Demon Barber of Fleet Street." She played Bellatrix Lestrange in the last four films of the "Harry Potter" series, which all grossed more than $900 million; 2011's "Harry Potter and the Deathly Hallows – Part 2" is one of the most commercially successful films in history with a worldwide gross of $1.342 billion. 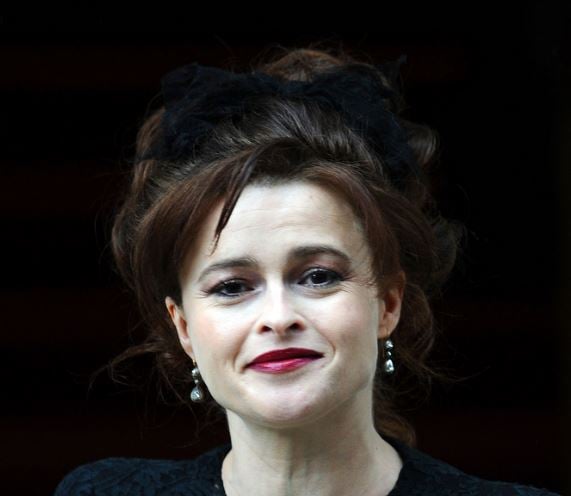 In 2010, Bonham Carter portrayed Queen Elizabeth in "The King's Speech" and the Red Queen in "Alice in Wonderland," reprising her role in 2016's "Alice Through the Looking Glass." In 2012, she played Dr. Julia Hoffman in the film adaptation of "Dark Shadows," Miss Havisham in "Great Expectations," and Madame Thénardier in the musical "Les Misérables," which won a Golden Globe for Best Motion Picture – Musical or Comedy and a Satellite Award for Best Cast – Motion Picture. In 2013, Helena portrayed Elizabeth Taylor in the BBC4 television film "Burton & Taylor," and she played the Fairy Godmother in 2015's "Cinderella," which brought in $542.4 million at the box office. In recent years, she has appeared in the films "55 Steps" (2017) and "Ocean's 8" (2018) and took part in several projects for Netflix, voicing Maudra Mayrin/The All-Maudra on the "The Dark Crystal: Age of Resistance" (2019), playing Eudoria Holmes in "Enola Holmes" (2020), and portraying Princess Margaret on "The Crown" (2019–2020).

In 1994, Helena began an affair with "Mary Shelley's Frankenstein" director Kenneth Branagh, who was married to actress Emma Thompson at the time. Kenneth and Emma divorced the following year, and Bonham Carter and Branagh split up in 1999. In 2001, Helena met director Tim Burton while filming "Planet of the Apes," and they were in a relationship until 2014. They welcomed son Billy on October 4, 2003, and daughter Nell on December 15, 2007. In 2018, Bonham Carter began dating author Rye Dag Holmboe. In August 2008, four of Helena's relatives died in a safari bus crash while visiting South Africa; Bonham Carter was filming "Terminator Salvation" in New Mexico when the tragedy occurred and was given indefinite leave so she could fly to London to be with her family. Helena became a patron of the Action Duchenne charity in October 2008, and she was appointed to Britain's Holocaust Commission in early 2014.

Bonham Carter has been nominated for two Academy Awards: Best Actress in a Leading Role for "The Wings of the Dove" (1998) and Best Performance by an Actress in a Supporting Role for "The King's Speech" (2011). She has earned eight Golden Globe nominations and four Primetime Emmy nominations, and she won a BAFTA Film Award for "The King's Speech" in 2011. That year, the BAFTA/LA Britannia Awards named Helena British Artist of the Year, she won awards from the CinEuphoria Awards and Italian Online Movie Awards, and "The King's Speech" cast received a Screen Actors Guild Award. "Sweeney Todd" earned her an Empire Award (as did "Fight Club) and an Evening Standard British Film Award, and she won several awards for "The Wings of the Dove," including a Broadcast Film Critics Association Award, Chlotrudis Award, Las Vegas Film Critics Society Award, London Critics Circle Film Award, and National Board of Review Award. Bonham Carter earned Online Film & Television Association Awards for "Merlin" in 1998 and "The Crown" in 2020, and in 2014, the Russian National Movie Awards named her Best Foreign Actress of the Decade.

When Tim and Helena were together, they famously lived in London in two next door homes which were linked together. After their breakup, Helena received ownership of the dual property while Tim bought a new house nearby for $14 million.