Helen McCrory net worth: Helen McCrory was a British actress who had a net worth of $25 million at the time of her death. That was a combined net worth with her husband, fellow actor Damian Lewis. Unfortunately, Helen died on April 16, 2021 at the age of 52 after a battle with cancer.

Helen McCrory was born in Paddington, London, England in August 1968. One of her best known roles has come starring as Aunt Polly on the television series Peaky Blinders starting in 2013. McCrory has also had recurring roles on the TV series Anna Karenina as the title character, North Square, The Jury, The Last King, Life, Penny Dreadful, To Appomattox, Fearless, MotherFatherSon, and more. Helen McCrory starred as Francoise in the 2001 film Charlotte Gray. She starred as Narcissa Malfoy in the Harry Potter films Harry Potter and the Half-Blood Prince in 2009, Harry Potter and the Deathly Hallows: Part I in 2010, and Harry Potter and the Deathly Hallows: Part 2 in 2011. McCrory has also starred as Mama Jeanne in the movie Hugo in 2011, and Clair Dowar in the film Skyfall in 2012. In 1997 she won a BAFTA Award for Best Actress for Streetlife.

Helen McCrory married to actor Damian Lewis 2007. They had two children together. The family owns a townhouse located in Tufnell Park, north London. They bought the house in 2007 from fellow British actor Hugh Laurie. Hugh learned of this fact when Damian called and said "I know this is weird, but I have just bought your house and I am sitting in your bedroom". He proceeded to ask Laurie whether or not he should accept the part on what became NBC's "Life". They also own a house near Sudbury in Suffolk. 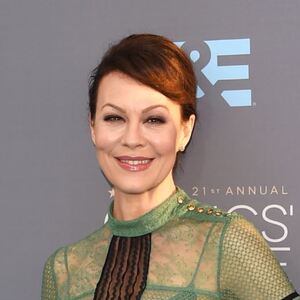