What is Helen Hunt's Net Worth and Salary?

Helen Hunt is an American actress, film director, and screenwriter who has a net worth of $75 million. Helen Hunt became widely-known in the early 1990s co-starring with Paul Reiser on the sitcom "Mad About You," which aired 176 episodes over 8 seasons between 1992 and 1999. "Mad About You" also made Helen and Paul highest-paid television actors in the world up to that point. In the last season of the series, Helen and Paul both earned $1 million per episode. There were 12 episodes in the final season, so they both made $12 million. On the big screen Helen is known for starring in movies like "Twister," "What Women Want," "Cast Away" and "As Good As It Gets"

Helen Hunt was born June 15, 1963 in Culver City, California to an entertainment industry family. Her mother Jane was a photographer and her father Gordon Hunt worked as a film, voice, and stage director, as well as an acting coach. The family moved to New York City when Helen was three years old. Hunt attended plays several times a week, due to her father's job directing theater in the city.

Hunt figured out she wanted to be an actress by the age of nine, and she landed her first agent around that time and a role in the 1973 TV movie "Pioneer Woman." She made other appearances throughout the 1970s on classic television shows including "The Mary Tyler Moore Show" and "The Bionic Woman", as well as a regular role on "The Swiss Family Robinson". During the mid and late '80s, Hunt was appearing frequently in studio films targeted toward teenage audiences, including big roles in 1984's "Trancers" and starring with Sarah Jessica Parker in "Girls Just Want to Have Fun" (1985.) In 1986, she got a role as the daughter of a couple on the brink of divorce in Francis Ford Coppola's "Peggy Sue Got Married".

The 1990s saw Hunt trading in her smaller roles for bigger successes. She came to the spotlight in the U.S. when she starred in the wildly popular sitcom "Mad About You" from 1992-1999. She played Jamie Buchman, New York City public-relations specialist opposite Paul Reiser who played the other half of the newlywed couple. Hunt made a household name for herself with her charming and witty portrayal of Jamie. Hunt also directed several episodes of the show, including the series finale. The show was a ratings and award-season darling, resulting in critical acclaim and many accolades for the two stars.

In the final season of  "Mad About You" Helen earned $1 million per episode, roughly $12 million for the full season. That made her the highest-paid television actress in the world up to that point. She is the first female television actress to earn $1 million per episode. She set this record four years before the "Friends" actresses also hit that mark. Earning $12 million in 1999 is the same as making around $22 million in today's dollars. 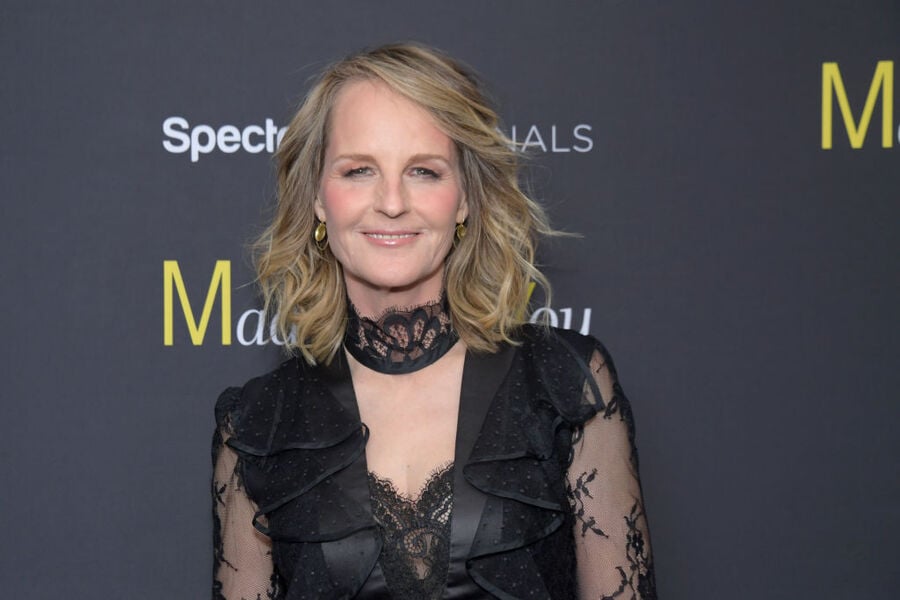 She began to revisit the big screen in 1996 when she played a starring role in box-office hit "Twister" opposite Bill Paxton, in which she played a storm-chaser in the Midwest. "Twister" was the second-highest-grossing movie that year. A year later, she won critical praise and an Oscar for her role opposite Jack Nicholson in the romantic comedy "As Good as it Gets". She played a single mother and waitress who falls in love with a misanthropic romance writer (Nicholson). The movie received positive reviews for its casting choices and Nicholson and Hunt's stunning onscreen chemistry.

Hunt released four films in 2000, including the comedy "Dr. T & The Women", also starring Richard Gere. She landed the female lead role in "What Women Want" with Mel Gibson, and acted in "Cast Away" alongside Tom Hanks. These were outstanding box office successes and continued to catapult Hunt's career and fame forward. "Then She Found Me" (2007) was Hunt's first feature film directorial debut, and she also played the lead role in the movie. The movie fell flat with critics and audiences alike.

2012 saw Hunt in one of her most serious roles, starring as sex surrogate Cheryl Cohen-Greene in "The Sessions", alongside William H. Macy and Hawkes. This vulnerable role was critically acclaimed and earned her an Oscar nomination for Best Supporting Actress. In 2014, Helen wrote, directed, and starred in the drama "Ride". She followed this up with more directing work for various sitcoms and series (including directing work on "This Is Us"), and returned to the screen with 2017's Louis C.K. comedy "I Love You, Daddy". However, the film never made it to theatrical release due to the sexual misconduct accusation against C.K. She went on to headline horror flick "I See You" in 2019, and later that year appeared as journalist Nancy Campbell in the BBC series "World on Fire."

Helen Hunt won Emmy Awards for her "Mad About You" role in 1996, 1997, 1998, and 1999. She was nominated for seven years in a row and clinched the win of the last four.  In 1998, Hunt won an Academy Award for Best Actress for her portrayal of Carol Connelly in the movie "As Good as It Gets". She has been nominated over the years for 31 awards and has won 15.

Hunt started dating fellow actor Hank Azaria, who also had a role on Mad About You, in 1994. The two got married in July 1999, but separated in August 2000. Their divorce was finalized on December 18, 2000. Hunt and producer Matthew Carnahan were together for 16 years before breaking up in 2017. The two have a daughter, Makena Lei, born in May 2004.

In 2002 Helen sold a 10-acre, custom-built Hollywood Hills mansion for $8.3 million. She never actually lived in the property which she bought in 1997. She initially bought a one-acre property and razed the existing mansion. Over the next two years she bought six surrounding acres.

The year prior, Helen bought a home in LA's Brentwood neighborhood. She still owns this home today.