Hector Elizondo Net Worth and Salary: Hector Elizondo is an American actor who has a net worth of $10 million. Probably best-known for his roles on the show Chicago Hope and Last Man Standing, Hector Elizondo has been acting since the early 1960s.

Hector Elizondo was born in New York City, New York in December 1936. As a baseball player he was scouted by the Pittsburgh Pirates and the San Francisco Giants. He enrolled at City College of New York but dropped out after becoming a father. Hector studied at the Ballet Arts Company at Carnegie Hall and acted off Broadway playing God in Steambath and winning an Obie Award. His film debut came in the 1963 movie The Fat Black Pussycat.

Elizondo made his television debut in 1966 in the series The Edge of Night. From 1994 to 2000 he starred as Dr. Phillip Watters on the TV series Chicago Hope. He appeared in 141 episodes of Chicago Hope between 1994 and 2000. Since 2011 he has starred as Ed Alzate in the series Last Man Standing. He has also had recurring roles in the TV series Popi, Freebie and the Bean, Casablanca, a.k.a. Pablo, Foley Square, Down and Out in Beverly Hills, Fish Police, The Pirates of Dark Water, Kate Brasher, Street Time, Miracles, Century City, Cane, and Grey's Anatomy. He has starred in the movies Pretty Woman, Taking Care of Business, Necessary Roughness, Beverly Hills Cop III, Turbulence, Runaway Bride, The Princess Diaries, and New Year's Eve. Elizondo has won a Primetime Emmy Award, and two ALMA Awards. He has been nominated for four other Primetime Emmys and a Golden Globe. Hector has been married three times and has one son. 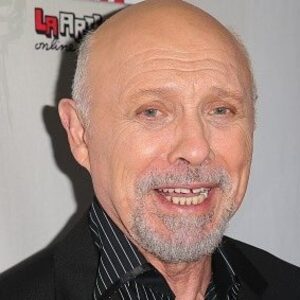