Heather Tom net worth: Heather Tom is an American soap actress who has a net worth of $4 million. Heather Tom was born on November 4, 1975 in Hinsdale, Illinois. She is most famous today for her role on various soap operas including The Young and the Restless and The Bold and the Beautiful. One of her first acting roles was a bit part on the Tony Danza sitcom Who's the Boss in 1989 when she was just 14 years old. Over the course of her career, Heather Tom has won and been nominated for numerous Daytime Emmys and Soap Opera Digest awards. Her part on The Young & The Restless lasted from 1991 till 2003. In 2012 Heather Tom was married to James Archor. The couple have a son together named Zane. 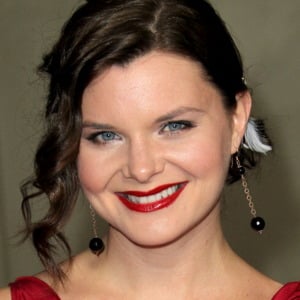