Heather Thomas net worth: Heather Thomas is an American actress, screenwriter, author, and activist who has a net worth of $2 million dollars. Heather Thomas was born in Greenwich, Connecticut, and graduated from UCLA Film School in the early 80s. She began acting professionally when she was in her early teens, hosting a celebrity interview series called "Talking with a Giant", on NBC.

From there, she went on to appear in guest-starring and co-starring roles in such film and television projects as "David Cassidy: Man Under Cover", "Cabin Fever", "The Misadventures of Sheriff Lobo", "Zapped", "The Love Boat", "T.J. Hooker", "The New Mike Hammer', "Kiss of the Cobra", "P.S. I Luv You", "Swamp Thing", "Point Man", and "Against the Law". She is most widely recognized for her co-starring role on the series, "The Fall Guy". As a writer, she sold her screenplay, "School Slut" to Touchstone Pictures, and she published the novel, "Trophies" in 2008. 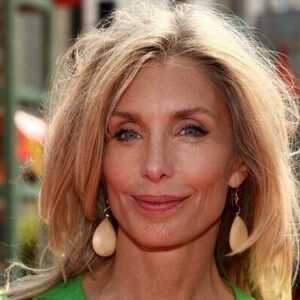