Heather Storm net worth: Heather Storm is an American actress and producer who has a net worth of $1.5 million. Heather Storm was born in May 1992. From 2015 to 2018 she hosted the television series Garage Squad. Storm has hosted, wrote for, and executive produced the TV series documentary Drive Yourself Love starting in 2018.

As an actress she has appeared in the movies Underbelly, Lies and Alibis, Epic Movie, Rush Hour 3, No Bad Days, Nail Demon, and Arisan brondong. Heather Storm has appeared in episodes of the TV series 30 Days, Street Tuner Challenge, The Mixdown, The Playboy Morning Show, Jay Leno's Garage, Home & Family, Sleeper Cell, MANswers, Surviving Disaster, It's Effin' Science, 1000 Ways to Die, Tosh.0, A-Holes Anonymous, and The Coroner: I Speak for the Dead. Heather Storm appeared in the video Dorm Daze 2, the short Always a First Time, the short D&F3R: Dead and Floating in Three Rivers, and the TV movie Tae-Bo Evolution. 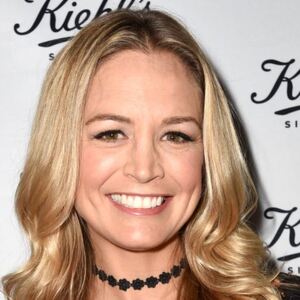