Heather Nauert net worth and salary: Heather Nauert is an American news anchor who has a net worth of $3 million dollars. Heather Nauert was born in Rockford, Illinois, and graduated from Mount Vernon College for Women with a degree in Communications. She then earned a Master's Degree in Journalism from Columbia University.

She began her reporting career in the late 90s, working as a reporter for "First Business", a syndicated weekly business news program. She began working as a contributor for the Fox News Channel in 1998. She then became a correspondent, working primarily for "The Big Story". She then spent two years with ABC News, serving as a correspondent for "World News Tonight", "Good Morning America", and "Nightline". She returned to Fox in 2007, and served as the co-anchor of "Good Day Early Call" and "Good Day New York Wake Up". She is currently the anchor of "Fox & Friends" and "Fox & Friends First". 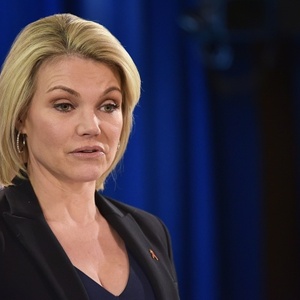