Heather Lind net worth: Heather Lind is an American actress who has a net worth of $2 million. Heather Lind was born in Upland, Pennsylvania in March 1983. She is best known for starring as Anna Strong in the AMC television series Turn: Washington's Spies. Heather's twin sister is actress Christina Bennett Lind. Heather Lind graduated from Fordham College and earned her Master of Fine Arts in acting from New York University's Graduate Acting program. She debuted on Broadway in The Merchant of Venice with Al Pacino and won the Theatre World Award for Outstanding Broadway or Off-Broadway Debut Performances. From 2011 to 2012 Lind starred as Katy in the television series Boardwalk Empire. Since 2014 she has starred as Anna Strong in the TV series TURN: Washington's Spies. Lind has starred in the movies The Last Day of August, A Single Shot, The Weekend, and Mistress America. She has also appeared in episodes of the TV series Blue Bloods and Sleep Hollow. Lind won a Screen Actors Guild Award for Outstanding Performance by an Ensemble in a Drama Series for Boardwalk Empire in 2012. 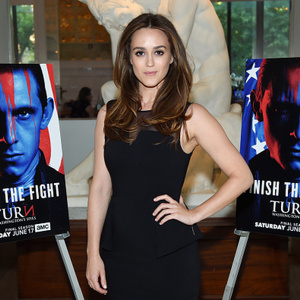