Heather Langenkamp was born in Tulsa, Oklahoma, in 1964, and made her on-screen debut in 1983's "The Outsiders" before landing a part in "Nickel Mountain" a year later. Langenkamp didn't stop acting while enrolled in Stanford University and scored the part of Nancy Thompson in the hit slasher flick "A Nightmare on Elm Street" alongside Johnny Depp. She reprised her role as Nancy in 1987's "A Nightmare on Elm Street 3: Dream Warriors" and starred as herself in "Wes Craven's New Nightmare" seven years later. Other TV and film credits include "The Butterfly Room", "Star Trek Into Darkness", "Just the Ten of Us" "Growing Pains" and "JAG".

She and her second husband, David Leroy Anderson, own a make-up studio credited with working on dozens of movies, including "Dawn of the Dead", "The Cabin in the Woods", "Frost/Nixon", "Bruce Almighty", "Cinderella Man", and "Angels and Demons". She directed the biography of her life, "I Am Nancy", and once owned a company that sold gum in wrappers with trading cards of surfers. Langenkamp was married to Alan Pasqua from 1984 until 1987 before marrying Anderson in 1989. 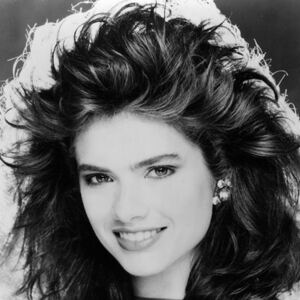