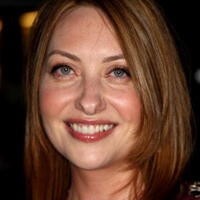 Heather Juergensen Net Worth: Heather Juergensen is an American actress and writer who has a net worth of $500 thousand. Heather Juergensen was born in Flatbush, Brooklyn, New York in January 1970. After graduating high school she started writing and performing in New York and Los Angeles. She studied at McGill University. She collaborated with Jennifer Westfeldt and ended up writing the award winning movie Kissing Jessica Stein. Juergensen was also co-producer in the film and starred as Helen Cooper. She also starred in the films Red Roses and Petrol and The Haunted Mansion. She produced the 2007 movie The Hammer and starred in it as Lindsay Pratt. In 2007 she starred in, produced, wrote, and directed the short The Suzy Prophecy. Juergensen has written screenplays or teleplays for Warner Brothers, Miramax, ABC, CBS, and VH-1. She contributed to an essay collection book titled The May Queen. She won a Critics Special Jury Award at the Los Angeles IFP/West Film Festival in 2001 and was nominated for an Independent Spirit Award in 2003. Heather is married to Fox Sports columnist and comedy writer Kevin Hench.