What is Heather Graham's Net Worth and Salary?

Heather Graham is an American actress who has a net worth of $20 million dollars. An actress, model, writer, and producer, Heather Graham is most widely recognized for her roles in such films as "Boogie Nights", "The Hangover", "Anger Management", and "Drugstore Cowboy". She has also appeared on various television shows including, "Growing Pains", "Fantasy Island", and "The Outer Limits".

Born Heather Joan Graham on January 29, 1970, in Milwaukee, Wisconsin, she used both her acting talents and looks of a luscious and wide-eyed Midwestern ingenue to become the sheer Hollywood actress of today. Her family is of Irish descent, with her father's side from County Cork. Her mother Joan is a teacher and children's book author and her father James is a retired FBI agent. Heather's younger sister Aimee Graham is also an actress as well as a writer. The family, after relocating repeatedly, moved to Agoura Hills, California when Heather was 9 years old. She was first introduced to acting when she participated in a school production of "The Wizard of Oz." In high school, she received straight As and enrolled in classes at the University of California, Los Angeles, where she studied English for two years before dropping out to pursue acting full-time.

Having starred in various commercials, Graham's first appearance in a film was an uncredited cameo in "Mrs. Soffel" in 1984. She then appeared in more commercials and in an episode of the sitcom "Growing Pains" in 1987. Graham saw her first high-profile starring role in 1988 with the teen comedy "License to Drive," in which she starred opposite Corey Haim and Corey Feldman as the popular girl named Mercedes Lane. Her performance earned her a Young Artist Award nomination in the Best Actress in a Motion Picture Comedy category. She was offered a role in the cult classic black comedy "Heathers" in 1988, but her strict parents forbade her to accept it. The same year, she appeared in "Twins" starring Danny DeVito and Arnold Schwarzenegger.

It was in 1989 that she made her breakout starring in Gus Van Sant's critically acclaimed 1989 crime drama "Drugstore Cowboy." Her performance boosted her career and earned her an Independent Spirit Award nod for Best Supporting Actress. She then rejected a steady soap opera role and a three-picture movie deal with a major studio, thinking it would be too restrictive. She then appeared in "I Love You to Death" in 1990 and "Shout" in 1991, for which she was nominated for a Young Artist Award for Best Actress Starring in a Motion Picture. After she starred in a Calvin Klein commercial directed by David Lynch, he cast Graham as Annie Blackburn in "Twin Peaks," where she appeared in the final six episodes. After "Twin Peaks" was canceled, Graham reprised her role in the 1992 prequel film "Twin Peaks: Fire Walk with Me." Later that year, she appeared in "Diggstown" alongside James Woods. She then appeared in "Six Degrees of Separation," "The Ballad of Little Jo," and "Even Cowgirls Get the Blues," where she reunited with director Gus Van Sant. In 1996, Graham played the small but crucial role of Lorraine, Jon Favreau's love interest.

Graham became a household name when she played a young adult star in the 1997 critically acclaimed film "Boogie Nights." The cast was nominated for the SAG Award for Outstanding Performance by a Cast in a Motion Picture. She also starred in "Nowhere" that year and had a cameo in the horror hit "Scream 2." Graham starred next as Felicity Shagwell in the sequel "Austin Powers: The Spy Who Shagged Me," which was a box office smash. Shagwell became one of her most well-known roles and a fan favorite. It also earned her a nomination for the Saturn Award for Best Actress. Later in 1999, she appeared in the music video of Lenny Kravitz's cover of "American Woman" and starred opposite Steve Martin and Eddie Murphy in "Bowfinger." 2000's "Committed" was her first true starring role, playing Joline, a devoted young wife looking for the husband who left her. 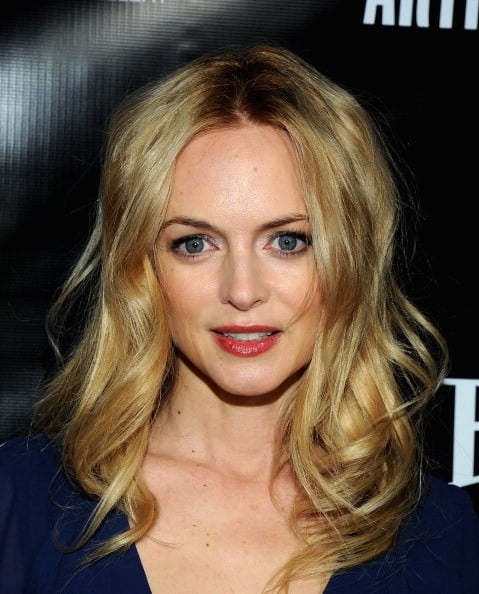 Her other appearances in mainstream films include "From Hell," "Anger Management," "Say It Isn't So," "The Guru," and "Hope Springs." From 2004-2008, Graham concentrated on independent films which received negative or mixed reviews and went largely unnoticed at the box office. Her 2005 film "Mary" was her most well-reviewed performance since "Bowfinger." In 2006, she co-starred in "Bobby" and made cameos on shows like "Sex and the City," "Scrubs," and "Arrested Development."

2009 saw Graham making a return to mainstream entertainment when she played the role of Jade in "The Hangover," which was an enormous box office and critical success. She reprised her role in "The Hangover Part III." Her roles in these movies were followed by unsuccessful films such as "Father of Invention," "5 Days of War," "Judy Moody and the Not Bummer Summer," and "About Cherry." In 2014, Graham starred in the adaptation of the V.C. Andrews novel "Flowers in the Attic" on the Lifetime network, playing the role of Corrine Dollanganger, a severely disturbed mother who locks her four children in an attic in order to receive an inheritance from her dying father. She continued her role in the two TV-movie sequels "Petals on the Wind" and "If There Be Thorns." Graham then appeared in the final season of "Californication," playing the mother of David Duchovny's long-lost son. In 2018, she co-starred alongside Stephen Mangan in David Cross's dark comedy series "Bliss," set in Bristol, England.

Away from the screen, the blue-eyed beauty made the papers for her rumored relationships with singer Adam Ant and several high-profile actors including Leonardo DiCaprio, Edward Burns, and Heath Ledger. From 2011-2018, she was in a relationship with screenwriter Yaniv Raz.

Heather has been estranged from her parents in the past due to their strict Irish Catholic beliefs and her choice to take on roles such as in "Boogie Nights." She has been practicing transcendental meditation since 1991 after being introduced to it by David Lynch.

In New York City she owns a penthouse loft in a Greenwich Village building. In 2013 Heather was sued by a downstairs neighbor after a fire that started in her unit upstairs reportedly caused damage a year earlier. Apparently candles caught some clothes that were left near a bathtub. 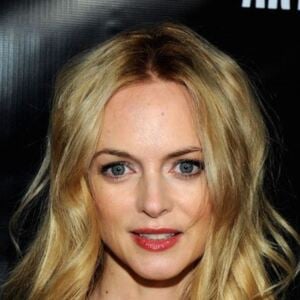