How much is Heather Morris Worth?

Heather Morris net worth: Heather Morris is an American actress, dancer, singer and model who has a net worth of $4 million. She is best known for her role as the cheerleader, Brittany S Pierce, on the hit musical television series, Glee. She was bon on February 1, 1987 in Thousand Oaks, California and was raised in Scottsdale, Arizona. She enrolled in college in Arizona, but quickly realized her heart was in acting and moved to Los Angeles to pursue her dreams at the age of 19. Her first breakout appearance was in 2006 on So You Think You Can Dance, Season 2. She was also one of Beyonce's backup dancers on The Beyonce Experience world tour and following that tour, she was also chosen to tour with the Single Ladies (Put a Ring on It) promotional tour in 2008. She landed the role on Glee after being asked to teach the cast members the "Single Ladies" dance choreography. At the time, the show was looking for a third cheerleader and Morris eventually landed the role of Brittany. Her role on Glee grew over time and Morris has emerged as a breakout secondary character. Morris is in a relationship with college basketball player, Taylor Hubbell. On September 28, 2013, she gave birth to their first child, Elijah. 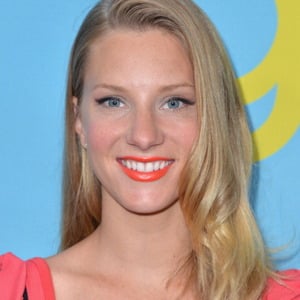