How much is Heather Donahue Worth?

Heather Donahue net worth and salary: Heather Donahue is an American writer and actress who has a net worth of $400 thousand. Heather Donahue was born in Upper Darby, Pennsylvania and came to national attention when she starred in the surprise hit film, "The Blair Witch Project". After the success of "The Blair Witch Project", for which she won a Golden Raspberry Award for Worst Actress, she continued to appear in independent movies, and also guest starred on multiple television shows and miniseries. She has appeared in such films as, "Home Field Advantage", "Boys and Girls", "Seven and a Match", "New Suit" and "The Morgue". She also had guest-starring roles on such shows as, "The Outer Limits", "The Big Time", "Taken", "Without a Trace", and "It's Always Sunny in Philadelphia". She hosted "I Love the 90s" for BBC2, and in 2012, she published the book, "GROWGIRL", about her experience growing medical marijuana.

Heather Donahue Blair Witch Salary: The Blair Witch Project was made on a budget of $60,000. The film was sold at Sundance in 1999 to Artisan Entertainment for $1.1 million. It eventually generated $250 million at the global box office. Unfortunately only a tiny percentage of the box office revenue went to the cast.

Donahue and her cast mates ended up suing Artisan after footage of the three of them appeared in the Blair Witch sequel. It's unclear if that case resulted in a settlement.

Heather and her two co-stars Joshua Leonard and Michael C. Williams earned $1000 per day over the eight filming days, a total of $8000 for the project. In the years following, their total earnings after some small bonuses and royalties amounted to $300,000 a piece. 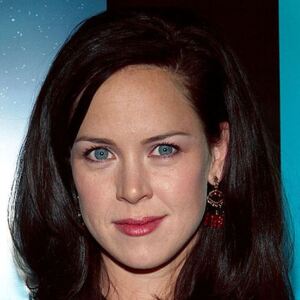