How much is Heather Burns Worth?

Heather Burns Net Worth: Heather Burns is an American actress who has a net worth of $8 million dollars. Heather Burns was born in Chicago, Illinois in April 1975. She studied at The Second City, Chicago and graduated from The Atlantic Theatre Company Acting School and NYU's Tisch School for the Arts. Her first role came in One Life to Live from 1996 to 1997. Heather has appeared in the TV shows Law & Order, The Beat, The $treet, Law & Order: Criminal Intent, Puppy Love, The Unusuals, Save Me, and Elementary. She starred as Stella in the series Twenty Good Years from 2006 to 2008 and as Leah in the series Bored to Death from 2009 to 2011. Burns has also starred in the movies You've Got Mail, Miss Congeniality, Two Weeks Notice, Kill the Poor, Perception, Miss Congeniality 2: Armed and Fabulous, Bewitched, Brooklyn Lobster, The Groomsmen, Watching the Detectives, Choke, Breaking Upwards, Ashes, Weakness, Valley of the Sun, What's Your Number?, and The Fitzgerald Family Christmas. In 2012 Heather married actor Ajay Naidu. 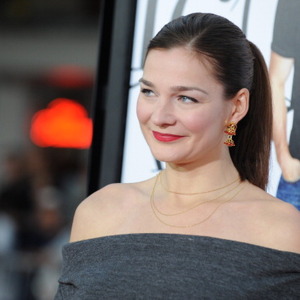