Heath Ledger net worth and salary: Heath Ledger was an Academy Award and Golden Globe winning actor from Australian who had a net worth of $16 million at the time of his death in 2008. That's the same as around $20 million after adjusting for inflation and does not include several million worth of additional assets that were received posthumously through real estate sales and royalties from the movie "The Dark Knight". Heath Ledger passed away on January 22, 2008 from an accidental drug overdose. Ledger was 28 years-old at the time of his death.

The bulk of this money was left to his daughter Matilda. Matilda's mother was Heath's former fiance Michelle Williams, who is also an actor. At the time of his death, Heath was potentially owed as much as $20 million from his earnings related to The Dark Knight.

During his career he appeared in 19 films after getting his start in his home country of Australia. One of his earliest hit roles was in the movie "10 Things I Hate About You". He also was notable for "A Knight's Tale" and Monster's Ball. He was most famous for his critically acclaimed roles in "Brokeback Mountain" and The Dark Knight". For Brokeback Mountain, he received a range of film critic awards and nominations. He also won a MTV Movie Award for "Best Kiss" with co-star Jake Gyllenhall. For his role as the Joker in "The Dark Knight", starring opposite Christian Bale as Batman, he was posthumously awarded an Oscar and a Golden Globe for Best Supporting Actor.

Estate: Immediately following his death, it was believed that Heath's most recent will was signed before his relationship with Michelle and before the birth of their daughter. This temporarily caused some controversy over who was the legal heir to his estate. His estate as the time of his death was worth roughly $16 million. That number was expected to grow to as much as $20 million when real estate and an upcoming portion of profits from "The Dark Knight" were included. As such, for a time Heath's family believed the estate should actually have been divided between his parents and three siblings, with Michelle and Matilda receiving nothing.

Ultimately, Heath's family concluded that daughter Matilda was the primary heir to Heath's estate. Heath's father Kim would also later announce that Michelle was an "integral part of our family" and that "they would be taken car of and that's how Heath would want it to be."

On September 27, 2008, Heath's father stated bluntly that "the family had agreed to leave the $16.3 million fortune to Matilda. There is no claim. Our family has gifted everything to Matilda."

Early Life and Career Beginnings: Heath Ledger was born in 1979 in Perth, Western Australia. His parents were Sally, a French teacher, and Kim, a race car driver and mining engineer. Ledger was of Scottish, English, and Irish descent. As a youth, he attended Mary's Mount Primary School and Guildford Grammar School. He had his first experience acting at the latter institution,  where he starred as Peter Pan in a school production. When Ledger was ten, his parents separated. He has a sister, Kate, and two half-sisters, Ashleigh and Olivia.

In the mid-90s, Ledger dropped out of school to pursue his career in acting. After already having had small parts in the family film "Clowning Around" and on the children's television series "Ship to Shore," he was cast in "Sweat" and the short-lived 1997 Fox series "Roar." Also that year, Ledger appeared on the popular Australian soap opera "Home and Away," and made his feature film debut in the teen thriller "Blackrock."

Rise to International Stardom: Ledger had his big breakthrough in 1999, when he starred in the crime film "Two Hands" and the teen comedy "10 Things I Hate About You," which also helped launched the careers of Joseph Gordon-Levitt and Julia Stiles. In 2000, Ledger had a supporting role in the Mel Gibson historical war film "The Patriot," and the following year, appeared opposite Halle Berry and Billy Bob Thornton in "Monster's Ball."

Leading roles followed throughout the early 2000s. In 2001's medieval comedy "A Knight's Tale," Ledger starred as a peasant who aspires to become a knight. In "The Four Feathers," a war drama released in 2002, the actor played a young British officer in late-19th century Sudan. The next year, he played the titular Australian bushranger in "Ned Kelly" and the lead character in "The Order," a mystery horror film. 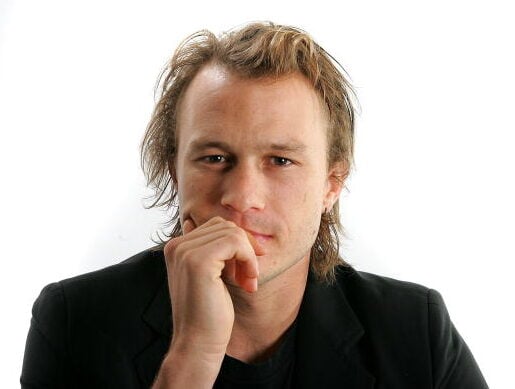 2005 and "Brokeback Mountain": The year 2005 was arguably the pinnacle of Ledger's film career. In addition to starring in the skateboarding drama "Lords of Dogtown," the fantasy film "The Brothers Grimm," and the period romance "Casanova," Ledger played the lead role of Ennis Del Mar in Ang Lee's "Brokeback Mountain." The film, an extraordinary critical success, starred Ledger as a closeted Wyoming cowboy who embarks on a secretive affair with another cowboy, played by Jake Gyllenhaal. The performance drew the greatest acclaim of Ledger's career thus far, earning him a plethora of accolades including nominations from the Academy Awards, the Golden Globes, the BAFTAS, and the Screen Actors Guild.

Last Films and "The Dark Knight": Following his success with "Brokeback Mountain," Ledger starred opposite Abbie Cornish in the Australian romantic drama "Candy," in which he played a heroin addict. Next, he appeared in the musical drama biopic "I'm Not There," embodying one of the many sides of Bob Dylan's personality. Ledger's most iconic role came in 2008, when he portrayed the supervillain Joker in Christopher Nolan's Batman sequel "The Dark Knight." Released around six months after Ledger's untimely passing, the film was a massive box-office success, grossing over $1 billion worldwide, half of which was made in North America alone. Ledger's performance was effusively celebrated, winning him a surfeit of posthumous awards including the Oscar for Best Supporting Actor. Following Peter Finch's win for "Network," Ledger became only the second actor to win a posthumous Academy Award.

When he passed, Ledger had already completed around half of his performance in what would become his final film, Terry Gilliam's "The Imaginarium of Doctor Parnassus." Gilliam finished the film by having some of Ledger's actor friends – among them Jude Law and Colin Farrell – play different magical incarnations of his character. The film was released in 2009.

Music Video Directing: Beyond acting, Ledger also pursued directing. He directed music videos for artists including N'fa and Ben Harper, and created and acted in a music video paying homage to singer-songwriter Nick Drake. Later, he did music videos for Modest Mouse and Grace Woodroofe, which premiered after his death.

Personal Life and Health Struggles: Early on, Ledger dated actresses Heather Graham, Lisa Zane, and Naomi Watts. In 2004, he began a relationship with actress Michelle Williams, who was at the time costarring with him in "Brokeback Mountain." They had a daughter, Matilda, in 2005. Following this, Ledger sold his residence in New South Wales, Australia, and lived with Williams in a house in Brooklyn's Boerum Hill neighborhood. The couple broke up in 2007, with Ledger subsequently dating models Helena Christensen and Gemma Ward.

Ledger was known to struggle with his health. He suffered from insomnia, particularly while filming "The Dark Knight," and took pills to cope. In January of 2008, Ledger was found unconscious in his bed at his Manhattan loft. He was discovered by his housekeeper Teresa Solomon and his masseuse Diana Wolozin. An autopsy and toxicological report concluded that Ledger had died from the combined intoxicating effects of a range of medications, on which he accidentally overdosed. Many memorial tributes and services followed, and after private ceremonies were held in Los Angeles, Ledger's body was returned to Perth by his family. 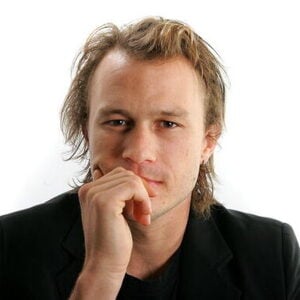