What Is Haylie Duff's Net Worth?

Haylie Duff is an American actress, TV presenter, film producer and businesswoman who has a net worth of $4 million. Her sister is fellow actress Hilary Duff. Haylie's dance work led to guest starring roles on multiple shows and television films, including, "Hope", "The Amanda Show", "Chicago Hope", "Lizzie McGuire", "Boston Public", "Third Watch", "American Dreams", "That's So Raven", "One on One", and "Joan of Arcadia".

She co-starred on the hit series, "7th Heaven" for two seasons, and has since focused on television film work, appearing in such projects as "Backwoods", "Love Takes Wing", "Love Finds a Home", "My Nanny's Secret", "Fear Island", "Home Invasion", and "A Holiday Engagement". Most recently, she provided the voice of Summer Wheatly, for the short-lived animated series version of "Napoleon Dynamite". She has also appeared in the films, "Napoleon Dynamite", "Dishdogz", "My Sexiest Year", and "Tug".

Born on February 19, 1985, in Houston, Texas, Haylie Katherine Duff began studying ballet when she was a child, and began performing with Houston Metropolitan Dance Company when she was ten.  She is the older sister of actress Hilary Duff. The Duff gals' mother, Susan Colleen, is a film producer who produced titles like "The Perfect Man" and "Material Girls" She also co executive produced "A Cinderella Story." Susan was previously a homemaker before she became a producer and the manager of daughter Hilary. Duff's father Robert Erhard Duff is a partner and owner of a chain of convenience stores.

Duff began her acting career with a series of guest appearances on made-for-TV movies like "True Women." She also made a guest appearance on TV shows that were popular at the time  such as "The Amanda Show," "Chicago Hope," "Boston Public," and "Third Watch." Duff became known in late 2002 when she began appearing in the show her sister starred in, "Lizza McGuire." Duff played Amy Sanders. Two years later she made a guest appearance on "That's So Raven," appearing as Katina Jones. Duff nabbed her first feature film role when she was cast as Summer Wheatley in "Napoleon Dynamite," a role for which she received her first Teen Choice Award.

In 2005, she was cast in the popular WB TV show "7th Heaven" as Sandy Jameson. Duff joined the Broadway cast of "Hairspray" as Amber Von Tussle in June 2006 but left the role in October 2006. Duff starred in 2006's "Material Girls" with sister Hilary. Haylie is also listed as a co-producer on the film. Other straight to DVD films Duff worked on include "Love Finds a Home." "My Nanny's Secret," "My Sexiest Year," "Backwoods," and others. Duff appeared between 2008 and 2015 in "Tug," "Fear Island," "Foodfight," and "Slightly Single in L.A." She also hosted the reality TV show "Legally Blonde: The Musical — The Search for Elle Woods." 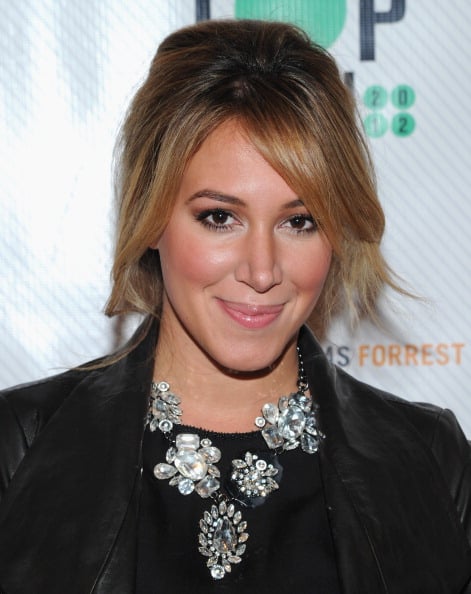 Duff is also an accomplished singer and has recorded several singles for soundtracks for "In Search of Santa," "The Lizzie McGuire Movie," "Material Girls" and "A Cinderella Story" with her sister. Many of them appear on the "Disneymania" discs. In 2008, she recorded background vocals for the track "On the Rise Again" off of Kool G Rap's album "Half a Klip." Duff sang "A Whatever Life" for the soundtrack of "Stuck in the Suburbs." She also recorded "Sweetest Pain" for the Raising Helen soundtrack.

Duff sang a duet called "Babysitting is a Bum Deal" with Seth MacFarlane as his Family Guy character Stewie on the album "Family Guy: Live in Las Vegas." Duff also is credited as a writer and co-writer on several songs for Hilary's first two studio albums. On Hilary's song "Sparks" from her album "Breath in. Breathe Out.," Hayliecontributed a whistling part.

She began a blog in 2012 that she called "Real Girl's Kitchen." It was later picked up and made into a TV show by the Cooking Channel in 2014. Duff released her first book "The Real Girl's Kitchen" in 2013. Duff started her own children's fashion line called Little Moon Society in 2017.

Haylie has been linked to Matt Rosenberg since 2012. The two announced their engagement in 2014. They have two children together, Ryan Ava and Lulu Gray. In 2019 Haylie listed her Studio City, California home for $3.195 million. She bought the house in 2016. 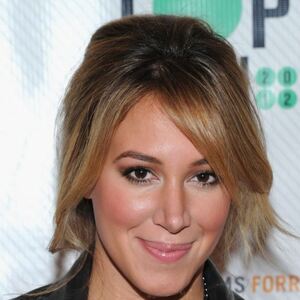