Hayley McFarland net worth: Hayley McFarland is an American actress who has a net worth of $3 million dollars. Hayley McFarland is best known for her recurring role as Emily Lightman on the Fox television series Lie to Me. She was born in Edmond, Oklahoma in 1991. She got her start in theater, appearing in productions of Titanic, The Fiddler on the Roof, and The Sound of Music, among many others.

Her first on screen role came in a direct to video horror movie in 2006. In that same year she appeared in two episodes of Gilmore Girls. Although her biggest recurring role was in Lie to Me, she has also appearance on the popular TV shows ER, Criminal Minds, Pushing Daisies, 24, Without a Trace, Medium, Law & Order: Special Victims Unit, Mad Men, Sons of Anarchy, and Grey's Anatomy. Hayley McFarland currently resides in Los Angeles, California. She lists her favorite actresses as Natalie Portman, Julie Andrews, and Angelina Jolie. She has said that she is "more shy and self-conscious than those girls" referring to other young actresses in Hollywood. "I don't know how I would react to the constant scrutiny they are subject to. I think I would be pretty terrified, frankly!" 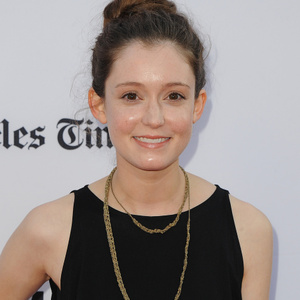