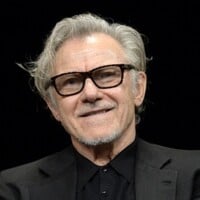 What is Harvey Keitel's net worth?

Harvey Keitel is an American actor and producer who has a net worth of $50 million. Harvey Keitel is best known for his roles in crime films such as "Mean Streets," "Bad Lieutenant," and "Reservoir Dogs," and for his multiple collaborations with directors Martin Scorsese, and Quentin Tarantino. He has been nominated for many awards throughout his career, including an Oscar nomination for his supporting role in the 1991 biopic "Bugsy." Keitel also served as co-president of the Actors Studio from 1995 to 2017.

Harvey Keitel was born in 1939 in New York City to Ashkenazi Jewish immigrant parents. He is of Romanian descent on his mother's side and Polish descent on his father's. Raised in Brooklyn's Brighton Beach neighborhood with his brother Jerry and sister Renee, Keitel attended Abraham Lincoln High School. At the age of 16, he enlisted in the Marines, and went to Lebanon as part of the US's 1958 military intervention. Upon returning to America, Keitel worked as a court reporter before starting a career in acting. Studying under renowned acting teachers Lee Strasberg and Stella Adler at the HB Studio in Greenwich Village, Keitel began landing roles in off-Broadway productions, and had an uncredited part in John Huston's "Reflection in a Golden Eye."

Keitel's breakthrough came in 1967, when he was cast in a leading role in Martin Scorsese debut feature film, "Who's That Knocking at My Door." Keitel continued collaborating with Scorsese, next appearing in the director's 1973 crime epic "Mean Streets," which also starred Robert De Niro in his breakthrough role. This was followed by parts in Scorsese's "Alice Doesn't Live Here Anymore," the 1974 film that netted Ellen Burstyn an Oscar, and 1976's "Taxi Driver," in which Keitel played the pimp of Jodie Foster's character. The year 1976 was a big one for the actor; in addition to "Taxi Driver," Keitel appeared in "Welcome to L.A.," Robert Altman's "Buffalo Bill and the Indians," and the dark comedy "Mother, Jugs & Speed." The following years were also prolific. Between 1977 and 1978, Keitel starred in the directorial debuts of three major filmmakers: Ridley Scott's "The Duellists," Paul Schrader's "Blue Collar," and James Toback's "Fingers." Although Keitel was next cast in the lead role of Francis Ford Coppola's "Apocalypse Now," he was replaced with Martin Sheen when Coppola was unhappy with Keitel's performance.

Performances in the 1980s

Following his string of successes, Keitel floated into relative obscurity in the early 1980s. However, he continued to work steadily, appearing in more esoteric movies such as the science-fiction film "Death Watch" and Nicolas Roeg's psychological drama "Bad Timing." Other credits from this period include the British sci-fi film "Saturn 3," costarring Kirk Douglas and Farrah Fawcett; "The Border," a neo-noir with Jack Nicholson; and "Copkiller," in which Keitel played a corrupt policeman. Going against his frequent typecasting as a criminal, Keitel was subsequently cast in the 1984 romantic drama "Falling in Love," starring Meryl Streep and Robert De Niro.

Keitel picked up steam in the latter half of the 80s as one of the busiest character actors in the business. Between 1985 and 1988, he appeared in 16 films and made-for-television movies. Among these were the Italian crime drama "Camorra," the American comedy "Off Beat," the mafia comedy "Wise Guys," the Italian historical drama "The Inquiry," and the romcom "The Pick-up Artist," starring Robert Downey Jr. and Molly Ringwald. Keitel also re-teamed with Scorsese for 1988's controversial "The Last Temptation of Christ," playing Judas Iscariot to Willem Dafoe's Jesus. The actor closed out the decade with a role in the crime comedy "The January Man," in which he played the police commissioner brother of Kevin Kline's detective. 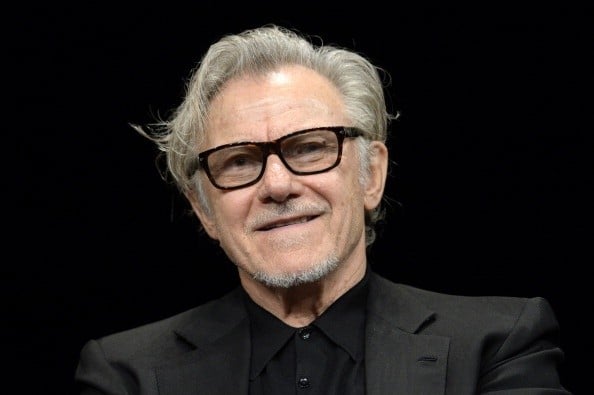 A Prolific 1990s and Beyond

Keitel started off the 1990s with a bang. After appearing in Jack Nicholson's "Chinatown" sequel, "The Two Jakes," he had prominent supporting parts in three 1991 films: "Mortal Thoughts," "Thelma & Louise," and "Bugsy." As mobster Mickey Cohen in the latter film, Keitel was nominated for Best Supporting Actor at the Academy Awards. Keitel continued to play criminal types the next year, when he starred in "Sister Act" and "Reservoir Dogs," the first of his roles for Quentin Tarantino. Following his performance in the latter film, Keitel sought to diversify the kinds of characters he was playing. In 1992's "Bad Lieutenant," he starred as a drug-addicted police lieutenant striving for redemption. In Jane Campion's Oscar-winning 1993 period drama "The Piano," he acted as the brutish love interest of Holly Hunter's mute Scottish woman. Other significant credits from the 90s include "Rising Sun," "Monkey Trouble," "Pulp Fiction," "Clockers," "From Dusk till Dawn," "Cop Land," "Finding Graceland," and "Holy Smoke!"

Keitel's career continued unabated in the 2000s with roles in such films as "U-571," "Little Nicky," "The Grey Zone," "Red Dragon," "Be Cool," and the Nicolas Cage adventure film "National Treasure." Later, he appeared in the comedy sequel "Little Fockers," and showed up in "Moonrise Kingdom," "The Grand Budapest Hotel," and "Isle of Dogs," all directed by Wes Anderson. In 2019, he re-teamed with Scorsese for a part in the crime epic "The Irishman," starring Robert De Niro, Al Pacino, and Joe Pesci.

From 1982 to 1993, Keitel was in a relationship with actress Lorraine Bracco. They split on bitter terms, with a protracted custody battle over their daughter, Stella. In 2001, Keitel wed Canadian actress Daphna Kastner, with whom he had a son, Roman. That year, he also had a son, named Hudson, from a prior relationship with Lisa Karmazin.

In August 2022 Harvey Keitel paid $7.2 million for a home in Santa Monica, California.

For several decades he has owned an impressive property in NYC's Tribeca neighborhood.