How much is Harvey Fierstein Worth?

Harvey Fierstein net worth and salary: Harvey Fierstein is an American actor and playwright who has a net worth of $4 million dollars. Harvey Fierstein was born in Brooklyn, New York and graduated from Pratt University in the early 70s. He began his performance career appearing in experimental theater productions, and performing as a stand-up comedian and female impersonator. He gained national recognition when he wrote and starred in the critically acclaimed play, "Torch Song Trilogy". The production ultimately moved to Broadway, and he won Tony Awards for Best Actor and Best Play in 1982. He followed this up with another Tony Award for his script for the hit musical, "La Cage aux Folles". Since then, he has gone back and forth between film, television, and theater work. He won another Tony Award for his performance as Edna Turnblad in the musical, "Hairspray", and he has also appeared in such film and television productions as, "Mrs. Doubtfire", "Independence Day", "Common Ground', "Miami Vice", and "How I Met Your Mother". 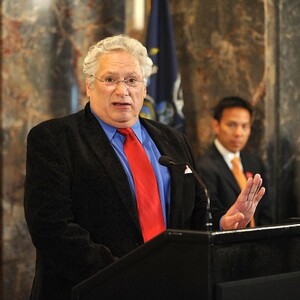