Harry Shum Jr. Net Worth and Salary: Harry Shum Jr. is an American dancer, choreographer, singer and actor who has a net worth of $14 Million. He was born in San Jose, Costa Rica on April 28, 1982 and is of Chinese descent. Harry is perhaps best known for his role as Mike Chang in the hit Fox series, Glee and for his role in the 2018 movie, Crazy Rich Asians.

He attended Arroyo Grande High School in Arroyo Grande, California where he graduated in 2000. He then returned to San Francisco, where he lived briefly as a child, to pursue a career in dancing. He had a short stint at San Francisco State University before deciding to continue his career in the entertainment industry. Shum has shared the stage with pop stars such as Jennifer Lopez, Mariah Carey, Beyonce, and Jessica Simpson. He appeared in the film Step Up 3-D, in 2010. From 2009 to 2015 Shum appeared as a guest star on the hit TV show, Glee. He appeared in a total of 76 episodes. Shum is a dancer and choreographer for the Legion of Extraordinary Dancers. He was named #7 in TVs Sexiest Men in 2011 via BuddyTV. Some popular films featuring Shum include Stomp the Yard, You Got Served, Step Up 2: The Streets, Center Stage: Turn it Up, Our Family Wedding, and Glee: The 3D Concert Movie. He earned the award for Outstanding Performance by an Ensemble in a Comedy Series in 2010 via the Screen Actors Guild Awards, Favorite Music Duo or Group in 2010 via the Gay People's Choice Awards, and the Breakout Performance Award in 2011 via the East West Players Visionary Awards. 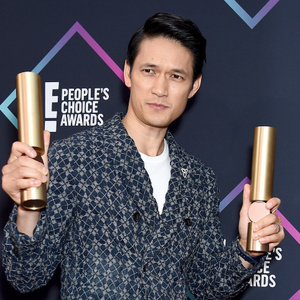