What Is Harry Shearer's Net Worth and Salary?

According to their latest contract, each principal voice actor on "The Simpsons" makes $300,000 per episode. That translates into around $7 million per season.

Harry Shearer was born Harry Julius Shearer on December 23, 1943, in Los Angeles, California. His parents, Dora (a bookkeeper) and Mack, were Jewish immigrants who came to the U.S. from Austria and Poland. When Harry was 4 years old, he began taking piano lessons from a woman whose daughter was a child actress, and after the teacher changed careers and decided to become a children's agent, she asked Shearer's parents if she could take him to an audition. A few months later, she got Harry an audition for "The Jack Benny Program" radio show, and he got the part at the age of 7. Shearer has said that voice actor Mel Blanc took him "under his wing" when Harry was starting out in show business. As a child, he had uncredited roles in the films "Abbott and Costello Go to Mars" (1953), "The Robe" (1953), and "The Egyptian" (1954) and guest-starred on the television series "Omnibus" (1953). Shearer studied political science at UCLA in the early '60s and was a member of the school newspaper, the "Daily Bruin." He edited the UCLA humor magazine, "Satyr," and he took a job as a newscaster at the Pasadena radio station KRLA.

After graduation, Harry spent a year attending graduate school at Harvard, and around this time, he worked at the Sacramento state legislature. He taught high school English and social studies from 1967 to 1968, and from 1969 to 1976, he was a member of the radio comedy group The Credibility Gap alongside Michael McKean, Richard Beebe, and David Lander. The group originally had a show on KRLA radio, and after it was cancelled in 1970, they moved to KPPC-FM, which cancelled the show in 1971. The group subsequently began performing at clubs and concert venues. After The Credibility Gap split up due to McKean and Lander being cast on "Laverne & Shirley," Shearer began working with Albert Brooks, co-writing the 1979 film "Real Life." He also wrote for the 1977 sitcom "Fernwood 2 Night."

In 1979, Harry joined NBC's "Saturday Night Live" as a cast member and writer after being recommended by Al Franken. Shearer does not look fondly on his time at "SNL," calling it a "living hell," and he left in 1980. While promoting "This Is Spinal Tap" in 1984, Harry, Michael McKean, and Christopher Guest performed on the show and were asked to join the cast. Shearer decided to give the show another chance but soon realized that "guests are treated better than the regulars." Guest joined the cast as well, but McKean declined, later joining the cast in the '90s. Harry left "SNL" again in 1985. He co-wrote the Rob Reiner-directed film "This Is Spinal Tap" with Reiner, McKean, and Guest, and he played bassist Derek Smalls in the movie. In 2002, the film was preserved in the Library of Congress' National Film Registry for being "culturally, historically, or aesthetically significant." In 1989, Shearer joined the cast of the animated Fox series "The Simpsons." He has voiced Charles Montgomery Burns, Ned Flanders, Waylon Smithers, Reverend Lovejoy, Principal Skinner, and Kent Brockman, among others. As of this writing, the series has aired more than 700 episodes over 33 seasons, and Harry has also lent his voice to "The Simpsons Movie" (2007) and the video games "The Simpsons Cartoon Studio" (1996), "Virtual Springfield" (1997), "The Simpsons Wrestling" (2001), "The Simpsons: Road Rage" (2001), "The Simpsons Skateboarding" (2002), "The Simpsons: Hit & Run" (2003), "The Simpsons Game" (2007), and "The Simpsons: Tapped Out" (2012). 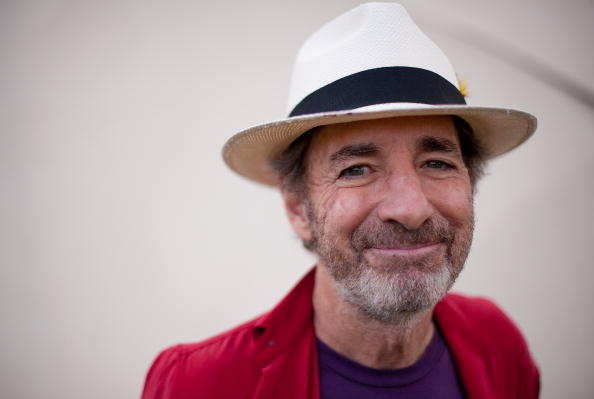 Harry married folk singer Penelope Nichols on June 12, 1974, and they divorced in 1977. Shearer then wed singer-songwriter Judith Owen on March 28, 1993, and they launched the record label Courgette Records in 2005. Harry owns a home in New Orleans, and he has regularly attended the New Orleans Jazz & Heritage Festival since the late '80s. Shearer has often spoken out about the failure of New Orleans' levee system, and his 2010 documentary "The Big Uneasy" is about "the structural failures that led to flooding during Hurricane Katrina" that was "a product of negligence and poor management by the Army Corps of Engineers." Harry received an honorary doctorate from Maryland's Goucher College in 2006.

Shearer has been nominated for four Primetime Emmy Awards, winning Outstanding Character Voice-Over Performance for "The Simpsons" in 2014. He was also nominated in that category in 2009, and his other nominations were for Outstanding Writing in a Comedy-Variety or Music Series for "America 2-Night" (1978) and Outstanding Writing in a Variety or Music Program for "Saturday Night Live" (1980). Harry has earned three Grammy nominations for Best Comedy Album, for "Songs Pointed and Pointless" (2008), "Songs of the Bushmen" (2009), and Spinal Tap's "Back From the Dead" (2010). He won a CableACE Award for Original Song for "This Week Indoors" in 1988, and for "A Mighty Wind," he won a Seattle Film Critics Award for Best Music and shared a Florida Film Critics Circle Award for Best Ensemble Cast with his co-stars. The film also earned a Best Music nomination from the Los Angeles Film Critics Association Awards and Best Ensemble nominations from the Gold Derby Awards and Phoenix Film Critics Society Awards.

Shearer received a Lifetime Achievement Award at the 2010 St. Louis International Film Festival and a Rogue Award at the 2011 Ashland Independent Film Festival, and he was honored with a Visionary Award for "The Big Uneasy" at the 2011 Washington DC Independent Film Festival. In 2001, "This Is Spinal Tap" won a DVD Exclusive Award for Best DVD Audio Commentary. Harry has received four Behind the Voice Actors Award nominations for "The Simpsons," two for Best Male Vocal Performance in a Television Series in a Supporting Role (2013 and 2016) and two for Best Vocal Ensemble in a Television Series – Comedy/Musical (2014 and 2015). "The Simpsons" has also earned him nominations from the Online Film & Television Association Awards (Best Voice-Over Performance, 2001 and 2008) and the "TV Guide" Awards (Favorite Villain – Mr. Burns, 2014). In 2006, the "For Your Consideration" cast received a Gotham Independent Film Award nomination for Best Ensemble Performance. 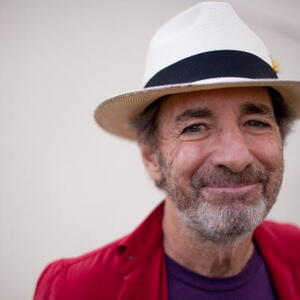