Harry Lennix net worth: Harry Lennix is an American actor who has a net worth of $4 million dollars. With over 100 acting credits to his name, Harry Lennix has been acting since 1989. He has appeared in many successful films such as The Matrix, The Five Heartbeats, Stomp the Yard, Get on the Bus, Love & Basketball, State of Play, and Barbershop 2: Back in Business.

He has also acted in TV's Dollhouse, 24, and Commander in Chief. He also had recurring roles on shows ER and Diagnosis Murder, and most recently The Blacklist. In 1989 Lennix co-founded Legacy Productions, which produces plays of historical significance to the black community. Harry Lennix was nominated for a 2004 Screen Actors Guild Award for Outstanding Performance by a Cast in a Motion Picture. He is listed as the trustee of the Robey Theater Company is Los Angeles. In 2013 a conspiracy theory basically stating that Harry Lennix trained President Barack Obama to be presidential surfaced, but has been denied by Lennix. He graduated from Northwestern University and is a former school teacher in the Chicago public school system, teaching music and civics. To this day Harry Lennix is a frequent lecturer. 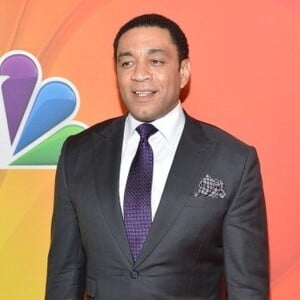