How much is Harrison Ford Worth?

Harrison Ford net worth and salary: Harrison Ford is an American actor, aviator, pilot and producer who has a net worth of $300 million dollars. Harrison Ford rose to international fame after playing the role of Han Solo in the original Star Wars trilogy. His fame was further launched to the stratosphere when he played the title character in the Indiana Jones film series. Ford is also known for action films and dramatic roles, including Witness, Blade Runner, Clear and Present Danger, The Fugitive, Patriot Games… among many others. Three of Ford's movies are ranked in the top five box-office hits of all time.

Early Life: Harrison Ford was born on July 13, 1942 in Chicago, Illinois. He studied philosophy at Ripon College in Wisconsin. To get over a lifelong shyness, Harrison decided to take a drama class in the last quarter of his senior year. He quickly became hooked on acting. After graduating, he stayed in Wisconsin where he appeared in various local theater productions. In 1964 he traveled to Los Angeles, to audition for a radio voice-over job. He didn't land the gig, but he decided to stay in Los Angeles anyway.

He was eventually accepted into a new talent program at Columbia Pictures, which paid $150 per week. Between 1966 and 1973, he landed just a handful of tiny, and often un-credited, parts.

He had a wife and two young sons, so to support the family Harrison became a carpenter. By chance he actually did some carpentry work for George Lucas and Francis Ford Coppola. Through Coppola, Ford got on the radar of producer Fred Roos (a producer on The Godfather). Roos secured Harrison an audition for George Lucas' next project, American Graffiti (which was also being produced by Coppola). Harrison won the part and had a memorable turn as Bob Falfa. American Graffiti would go on to be one of the most-profitable films of all time, earning over $140 million on a budget of just $770,000. The success allowed Lucas to get financing from Fox to begin production on a space epic he had been dreaming up for years.

Harrison earned small but memorable parts in Coppola's 1974 film The Conversation and his 1979 film Apocalypse Now. But it was George Lucas' space epic that would turn Harrison Ford into an international superstar. That movie, as you may have guessed, was 1977's Star Wars.

Star Wars: Lucas initially hired Harrison to read with other actors during the casting process, but he eventually decided to cast him as Han Solo. After earning $500 per week on American Graffiti, Harrison earned $10,000 from Star Wars. That's the same as around $42,000 after adjusting for inflation.

Star Wars Earnings: Harrison earned $100,000 for the 1980 sequel, The Empire Strikes Back, and $500,000 from 1983's The Return of the Jedi. Those two salaries after adjusting for inflation are worth the same as around $1.6 million in today's dollars.

Fast forward a few decades, and Harrison earned a base salary of $15 million to reprise his role as Han Solo in 2015's, The Force Awakens. He also had a small percentage of the box office gross which brought his total earnings from he film to $25 million. 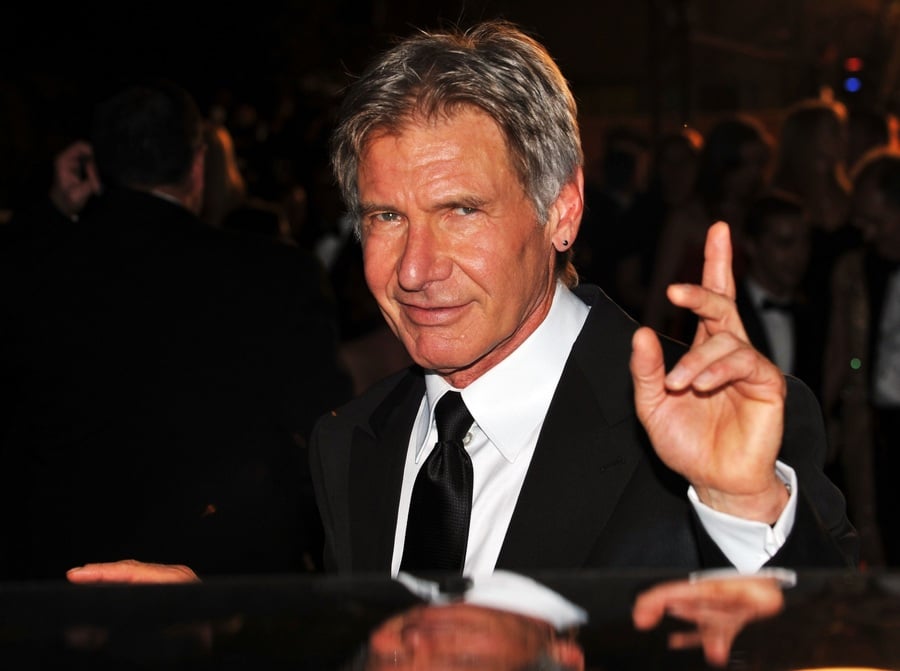 Indiana Jones: Aside from Han Solo, Ford is equally beloved for his role as Indiana Jones. His Indiana Jones debut came in 1981 with Raiders of the Lost Ark. The second installment, Temple of Doom, came in 1984. The third installment, Indiana Jones and the Last Crusade, debuted in 1989. Unfortunately not much is known about Harrison's earnings for the first three Indiana Jones movies, however we do know he earned an enormous paycheck to reprise the role in 2008's Indiana Jones and the Kingdom of the Crystal Skull. He had only appeared in four movies in the previous 8 years, preferring instead to live in semi-retirement. In order to lure Harrison out of retirement, studio Paramount Pictures agreed to fork over an extremely lucrative split of profits after it earned back production and advertising costs. The profits were essentially evenly split between the studio, Harrison and executive producers Steven Spielberg and George Lucas.

When it was all said and done, Harrison, George and Steven each earned $65 million from Kingdom of the Crystal Skull. As of this writing, it's the 12th-largest paycheck in acting history.

Other Notable Salaries: In the early and mid 1990s, Harrison consistently earned $10-12 million per movie. For example, he earned $9 million for 1992's Patriot Games and $10 million for the 1994 Jack Ryan sequel, Clear and Present Danger. In 1997 his salary jumped $20 million for The Devil's Own. He also earned $20 million for Air Force One, Six Days Seven Nights, Random Hearts and What Lies Beneath. Harrison earned $25 million plus 20% of the gross for 2002's K-19 The Widowmaker.

Personal Life: Harrison was married to Mary Marquardt from 1964 to 1979. They had two sons together, including restaurateur Benjamin Ford. In 1983, Harrison married E.T. screenwriter Melissa Mathison. They also had two children. When they divorced in 2004, Harrison paid Mathison a $90-100 million divorce settlement. It is one of the most-expensive celebrity divorces of all time.

Harrison married actress Calista Flockhart in 2010. They began dating in 2002 after meeting at the Golden Globe Awards. They are parents to her adopted son Liam.

Real Estate: In 1983, Harrison paid $1 million for a large home in LA's Brentwood neighborhood. He soldthe gated 3/4-acre estate in 2012 for $8.2 million. In 2011 Harrison and Calista spent $12.6 million on a different Brentwood home which has been their longtime primary residence in LA. Property records show that he still owns at least three other homes in LA. These slightly more modest properties are either investments or occupied by family members.

In 2001, Harrison spent $5.3 million own a penthouse in the Flatiron District which he listed in 2010 for $16 million, but ultimately pulled from the market.

In Wyoming he owns an 800 acre ranch along the Snake River near the town of Jackson.

Private Planes: Harrison is a somewhat notorious aviation buff/pilot. We say "notorious" because he has had a handful of incidents over the years including a crash onto an LA golf course and the time he made a dangerous landing on the a takeoff runway in Orange County. Harrison owns as many as 10 planes and a helicopter. His most impressive plane is a 2009 Cessna 680 which cost $18 million brand new. Harrison keeps his plane and helicopter collection at Santa Monica airport which is a roughly 10 minute drive from his Brentwood home. He can uber to the airport, hop on to his plane and fly himself to Wyoming in less than 20 minutes. And he has been known to do this quite frequently!

When in Wyoming He makes his helicopter available for fire and other emergency rescues. In 2000, Harrison answered the call of a stranded hiker who collapsed from dehydration. Wearing a tshirt and cowboy hat the hiker and a companion did not learn until later that their rescue pilot was the A-lister. 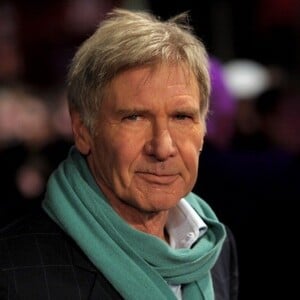