Harris Dickinson net worth: Harris Dickinson is an English actor, writer, and director who has a net worth of $3 million. Harris Dickinson was born in Leytonshire, East London, England in June 1996. In 2018 he began starring as J. Paul Getty III on the television series Trust. Dickinson has had recurring roles on the TV series Some Girls, Silent Witness, and Clique. He starred in the films Beach Rats in 2017 and Postcards from London in 2018. Harris Dickinson has also starred in the TV movie Home and the short Morning Blues. He wrote and directed the shorts Surface in 2014 and Drop in 2015 and wrote, directed, and edited the short Who Cares in 2013. In 2018 he was nominated for an Independent Spirit Award for Best Male Lead for Beach Rats. He also won a London Critics Circle Film Award in 2018 for Young British/Irish Performer of the Year for Beach Rats. 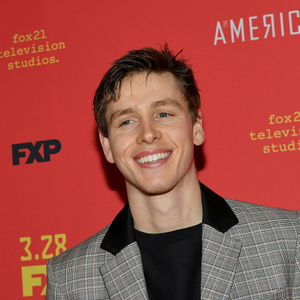