Perrineau was born on August 7, 1965 in Brooklyn, New York, the son of Harold Williams and Sylvia Perrineau. Perrineau is his mother's maiden name, and his father is Harold Williams, Sr. His parents never married, so he used both names growing up, eventually settling on Williams. When he joined SAG there was already a Harold Williams, so he took the Perrineau from his mom and the Jr. from his dad for his stage name, even though there is no actual Harold Perrineau Sr. Perrineau attended Shenandoah University, but did not graduate. A theatrically trained actor, Harold Perrineau has appeared in a wide array of roles throughout his busy, yet often unrecognized, career. Because of this variety of parts, Perrineau has been difficult to typecast. This is an accomplishment the actor not only appreciates, but he continues to work hard to preserve this flexibility. Though he broke in with a brief stint on "Fame" in the 80s, Perrineau became more of a known commodity with a supporting role on HBO's grisly prison drama, "Oz. It was his role as Michael Dawson, a man struggling to be a father to his son (Malcolm David Kelly) after crash landing with 46 others on a mysterious island on the hit ABC series "Lost," that finally earned the actor the name recognition he long deserved. He also recently starred in ABC's comedy-drama television series The Unusuals, playing NYPD homicide detective Leo Banks. Harold Perrineau and his wife, Brittany, live in California and have three daughters, Aurora Robinson, Wynter Aria, and Holiday Grace. 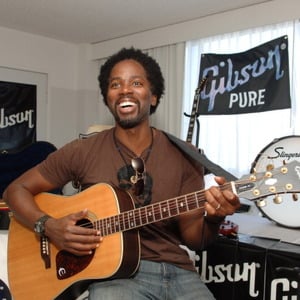