What is Hank Azaria's net worth and salary?

Hank Azaria is a New York-born actor who has a net worth of $90 million dollars. Hank Azaria is a stage, film and television actor, writer, comedian and producer. Hank Azaria is most widely recognized for his work on "The Simpsons", and for his roles in "The Birdcage", and the critically acclaimed series, "Huff". As of this writing he has won six Emmy Awards, among other honors.

What is Hank Azaria's salary per episode of The Simpsons? $300,000. Assuming an average season is 22 episodes, that translates into around $6.6 million per year.

Azaria was born Henry Albert Azaria on April 25, 1964 in the borough of Queens in New York City. His father, Albert Azaria, ran a number of dress manufacturing businesses and his mother, Ruth Altcheck, was a stay-at-home mother. Both of his parents were Sephardic Jews, a Jewish ethnic division originating from the Iberian peninsula. His grandparents on both sides were from Thessaloniki and their families had been expelled from Spain. Azaria also had two older sisters, Stephanie and Elise.

Azaria enjoyed mimicking and memorizing scripts and stand-up routines throughout his childhood. He attended The Kew-Forest School, where he acted in a school play at age 16. From that point onward, he decided to pursue acting and was supported by his parents, both of whom loved show business. After high school, he enrolled at Tufts University in 1981. While in college, he starred in a number of productions like "The Merchant of Venice." Azaria then decided to train at the American Academy of Dramatic Arts in order to have a greater chance at becoming a professional actor.

Azaria moved from New York to Los Angeles after signing with talent agent Harry Gold. In 1986, soon after his move, he was cast in a minor role that was later cut out of the television pilot "Joe Bash." Though he received no recognition for the role, it did enable Azaria to be admitted to the Screen Actors Guild. Over the next couple of years, he landed small roles in television series like "Family Ties" and "Growing Pains." In order to make ends meet, Azaria also worked as a bartender and did stand-up comedy during this time.

Azaria had also landed a voice role in the animated pilot, "Hollywood Dog," which did not get picked up in the end but did connect him with Bonita Pietila. Pietila worked as the casting director for the animated series, "The Simpsons," and asked Azaria to audition for the role of Moe. The casting team was pleased with Azaria's voice for the character, which he based on Al Pacino, and he got the role, leading to many more voice character roles on "The Simpsons." He was made a permanent member of the cast and provided the voice for the characters of Superintendent Chalmers, Lou, Professor Frink, Cletus Spuckler, the Sea Captain, and Kirk Van Houten, among many others. Azaria has stated that he generally looks to real life inspiration to create the character voices. In addition to Al Pacino, he has based voices off of Jerry Lewis, Sylvester Stallone, Charles Bronson, and William H. Macy. In addition to the television series, Azaria also worked in the 2007 "The Simpsons Movie." 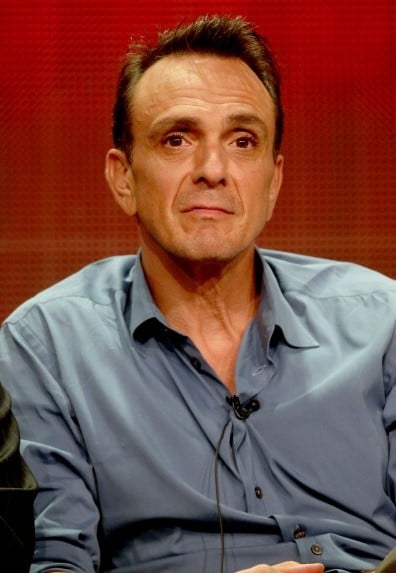 Azaria's body of work on "The Simpsons" earned him much praise and recognition. He has been nominated for six Emmy Awards in the category of Outstanding Voice-Over Performance and won the award in 1998, 2001, 2003, and 2015. He has also experienced some controversy over his work on the show, namely for providing the voice to the character Apu, an Indian man. He formally announced he would no longer voice the character in 2020.

In addition to his work on "The Simpsons, " Azaria has worked on a large number of live-action films. His first appearance in a major film was 1990's "Pretty Woman," in which he played a police detective. He also had a role in the 1994 film, "Quiz Show," which was nominated for the Academy Award for Best Picture. In 1996, Azaria played a supporting role in "The Birdcage," which earned him a nomination for the Screen Actors Guild Award for Outstanding Performance by a Male Actor in a Supporting Role.

Throughout the late 1990s, Azaria continued booking film roles. He had roles in "Heat," "Grosse Pointe Blank," and "Great Expectations." He also had a starring role in the 1998 adaptation of "Godzilla," which ultimately flopped. A year later however, he appeared as author and journalist Mitch Albom in the television film adaptation of "Tuesdays with Morrie," and won the Primetime Emmy Award for Outstanding Supporting Actor in a Miniseries or a Movie. Other films Azaria has worked on include "Run Fatboy Run," "Night at the Museum: Battle of the Smithsonian," and "Love & Other Drugs.

Azaria also has taken on a number of other voice roles outside of the "The Simpsons." He voiced the character of Venom in "Spider-Man: The Animated Series," the character of Bartok in the 1997 feature film, "Anastasia," and has done voices in "Happy Feet Two," "Hop, "Bordertown."

Azaria dated actress Julie Warner in the early 1990s and then began a relationship with actress Helen Hunt in 1994. The couple married in July of 1999 in a traditional Jewish ceremony in California. The couple remained married for a year before decided to separate and decided to divorce six months later, in December of 2000.

In 2007, Azaria began dating actress Katie Wright and they married the same year. He had a son together, Hal, in 2009. The couple has had homes in both New York and California. Azaria enjoys playing poker, having appeared in "Celebrity Poker Showdown" as well as other poker competitions numerous times. In 2016, Tufts University awarded him the Honorary degree of Doctor of Humane Letters.

In May 2014, Hank paid $9.225 million for a 3br apartment overlooking Central Park located at 75 Central Park West. The unit, which had previously been two separate apartments, has 63 feet of Central Park view frontage and a direct private elevator. 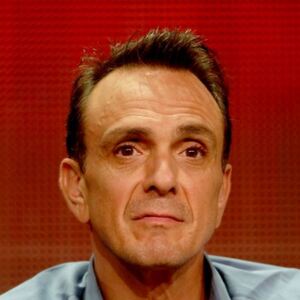