From 2006 to 2010 he starred as Matthew Kimble on the series The New Adventures of Old Christine. Hamish Linklater starred as Andrew Keanelly on the television series The Crazy Ones from 2013 to 2014. He began starring as Clark on the TV series Legion in 2017. Linklater has appeared in films including Groove, Fantastic Four, 42, The Big Short, and more. In 2016 he was nominated for a Screen Actors Guild Award for The Big Short. Hamish Linklater was married to Jessica Goldberg from 2002 to 2012 and began a relationship with Lily Rabe in 2013. 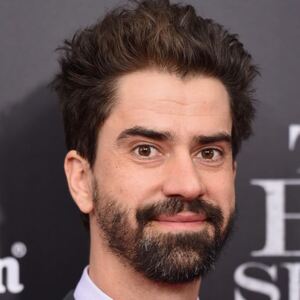