Haley Ramm Net Worth: Haley Ramm is an American actress who has a net worth of $3 million dollars. Haley Ramm was born in Collin County, Texas in March 1992. She started dancing in local studios at three years old. By the age of nine she was appearing in independent and short films.

Haley appeared in commercials for Dell Computers and Hasbro. At the age of 11 she moved to Los Angeles with her mother. Ramm has appeared in the television shows CSI: Crime Scene Investigation, Yes, Dear, CSI: Miami, Brotherhood, Grey's Anatomy, ER, The Unit, iCarly, Lie to Me, NCIS: Los Angeles, The Protector, The Mentalist, and Nikita. In 2007 and 2008 she starred as Jen Long on Without a Trace, and in 2014 she starred in the ABC Family series Chasing Life as Brenna. She has appeared in the films Yours, Mine and Ours, X-Men: The Last Stand, Into the Wild, Mr. Blue Sky, Just Peck, Skateland, Rubber, Almost Kings, Bond of Silence, Red State, Disconnect, and Complicity. Ramm has been nominated for three Young Artist Awards. She is best friends with Miranda Cosgrove. 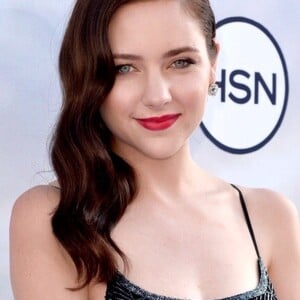