Haley Bennett Net Worth: Haley Bennett is an American actress and singer who has a net worth of $2 million dollars. Bennett was born Haley Lorraine Keeling in Fort Myers, Florida in January 1988. She moved with her mother to Los Angeles, California to pursue her acting career after graduating high school in 2005. Her acting debut came in the 2007 romantic comedy Music and Lyrics starring Hugh Grant and Drew Barrymore. In addition to acting in the film she sang many songs for the soundtrack. In the same year she signed with 550 Music/NuSound Records and started working on her first album. Her first live concert was held in Los Angeles in 2008. Haley signed a three picture deal with Warner Brothers Pictures. She starred in College and The haunting of Molly Hartley in 2008, as well as having a small part in Marley & Me. Bennett has also starred in the short films Passage and Sleepwalking in the Rift, the films The Hole, Kaboom, Arcadia Lost, Deep Powder, Things People Do, and the TV movie Outlaw Country. Her upcoming projects include Random, The Equalizer, The White City, and Fathers and Daughters. She is also set to appear in projects from Terrence Malick and Warren Beatty. 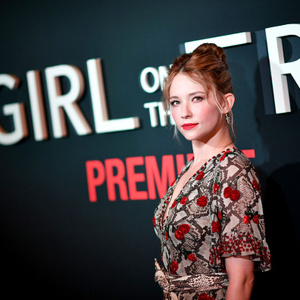