Hal Williams net worth: Hal Williams is an American actor who has a net worth of $1 million. Hal Williams was born in Columbus, Ohio in December 1934. He serves as the host for the annual Sickle Cell Anemia Foundation telethon. From 1975 to 1976 Williams starred as Lester DeMott on the television series On the Rocks.

From 1972 to 1976 he starred as Officer "Smitty" Smith on the TV series Sanford and Son. Williams starred as Sgt. Ted Ross in the series Private Benjamin from 1981 to 1983. From 1985 to 1990 he starred as Lester Jenkins in the television series 227. Williams starred as Rudy Bryan on the TV series Sinbad from 1993 to 1994. Williams has starred in the movies Herbie Rides Again, The Hardcore Life, On the Nickel, Private Benjamin, The Escape Artist, The Rookie, Guess Who, and Night Club. Williams has also appeared in episodes of the TV series The New Dick Van Dyke Show, Gunsmoke, Kung Fu, Good Times, What's Happening!!, Knots Landing, The Waltons, Sanford, T.J. Hooker, The Dukes of Hazzard, Webster, The Jeffersons, Gimme a Break!, Hill Street Blues, Magnum, P.I., Night Court, L.A. Law, Tales from the Crypt, Suddenly Susan, Moesha, and Parks and Recreation. 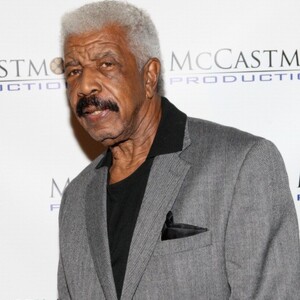