Hal Linden net worth: Hal Linden is an American actor, director, and musician who has a net worth of $2 million dollars. Hal Linden, also known as Harold Lipshitz, was born in New York, New York, and was initially focused on becoming a musician. He graduated from the High School for the Performing Arts, and then went on to study music at Queens College.

He eventually graduated from City College with a degree in Business Administration. He joined the Army and subsequently toured with the US Army Band, playing the saxophone and clarinet. After being introduced to the musical, "Guys and Dolls", by a friend, he decided to shift his focus to acting. He first gained notice as actor in the Broadway production of "Bells Are Ringing" in 1958. He would work in the theater throughout the 60s and 70s, winning a Tony Award for his work in "The Rothschilds". He also appeared in various commercials and sang jingles. He is most widely recognized for his work on the television show, "Barney Miller", as the title character. He appeared on various television shows after "Barney Miller", but has focused primarily on theater work and music since the late 90s. 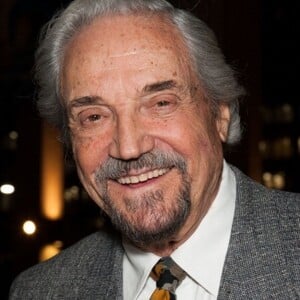