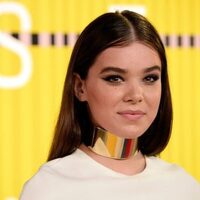 What is Hailee Steinfeld's Net Worth and Salary?

Hailee Steinfeld is an American television and film actress and pop singer who has a net worth of $12 million. After gaining widespread recognition for her central role in the 2010 western film "True Grit," Steinfeld has been steadily making her name in the entertainment world. Since arriving on the scene in spectacular fashion, Hailee has appeared in a range of high profile films. Her many starring roles have won her a number of award nominations. Her role in "True Grit" earned her an Academy Award nomination, while she was honored with a Golden Globe nomination for a subsequent role in "Edge of Seventeen."

Outside of her appearances on the big screen, Hailee is known for her rolesin television series such as "Dickinson." She is also an established voice actress, having booked a notable voice role in the critically-acclaimed animated film "Spider-Man: Into the Spider-Verse." In addition, Steinfeld has been steadily pursuing a music career since 2015, when she performed the track "Flashlight" in the film "Pitch Perfect 2." A record label contract soon followed, and Hailee then released her debut EP "Haiz" in 2015. A number of her songs have charted well since then, and Steinfeld released another EP entitled "Half Written Story" in 2020.

Hailee Steinfeld was born on December 11th of 1996 in Los Angeles, California. Raised in the neighborhood of Tarzana alongside an older brother, Hailee was inspired to get into acting by her cousin, True O'Brien. True had landed a role in a television commercial at the age of eight, and Steinfeld decided to try it out for herself as a result.

Steinfeld grew up in a family with Jewish, Christian, Filipino, and African-American heritage. Although she initially attended schools in California, Hailee was homeschooled from 2008 to the year of her high school graduation in 2015.

After starting her acting career at the age of 10, Steinfeld gained a foothold in the industry by appearing in a number of short films. She gained particularly high levels of exposure after starring in the film "She's a Fox." During this period, Hailee also landed a number of guest-starring roles in various television series and appeared in a range of commercials. After three years of earning her stripes, Steinfeld joined the cast of "True Grit," playing the character of Mattie Ross at the age of 13.

Released in 2010 to widespread critical acclaim, "True Grit" put Hailee Steinfeld on the map. She was singled out for praise by critics, and she later earned an Academy Award nomination for Best Supporting Actress. After narrowly missing out on an Oscar that was eventually won by Melissa Leo, Hailee was already moving on to new projects.

In 2011, the 14-year-old actress joined the cast of the 2013 film "Romeo and Juliet." She landed the role of Juliet, which proved to be somewhat controversial – as the script initially called for nudity and sex scenes involving the young actress. However, the script was quickly changed after Steinfeld was cast. Unfortunately, critics were not kind to the resulting production.

Steinfeld's other film of 2013 was equally unsuccessful. "Ender's Game" received lackluster reviews and proved to be a box office bomb. Over the next few years, Steinfeld appeared in less mainstream films such as "Begin Again." She also joined the cast of the film "Why We Broke Up," but the film has yet to go into production. "Ten Thousand Saints" was another notable film during this period, and it premiered at the Sundance Film Festival in 2015. Also in 2015, Steinfeld starred in the film "Carrie Pilby." 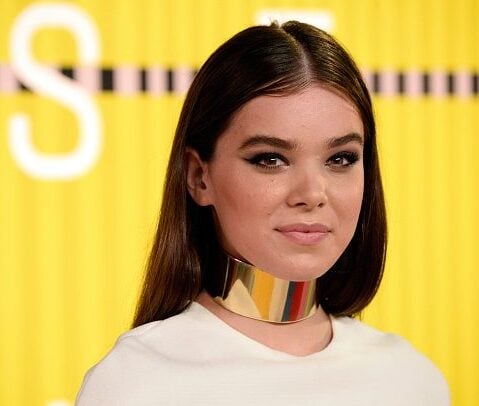 After establishing herself as a voice actress with an English dub of "When Marnie Was There," Steinfeld started to venture into the music world. After appearing in a music video for Kendrick Lamar and an appearance in the film "Barely Legal," Hailee starred in "Pitch Perfect 2." She performed the song "Flashlight" in the film, which drew the attention of record labels.

After signing a contract with Republic Records, Hailee released her debut single, "Love Myself." The song garnered considerable attention from fans and critics alike, and she later released an EP entitled "Haiz." Although the EP received mixed reviews, Steinfeld pushed on and collaborated with artists like Joe Jonas and Cole Whittle. In 2016, Hailee released the single "Starving." This proved to be a considerable hit, and it reached platinum in the United States and the UK. "Starving" also reached double platinum status in Australia and triple platinum status in Canada.

Also in 2016, Steinfeld appeared in the comedy "The Edge of Seventeen." Positive reviews followed, and Hailee was honored with a Golden Globe nomination. In 2017, Steinfeld reprised her earlier role in "Pitch Perfect 3" and released a number of additional singles. Her song "Let Me Go" reached the top 14 on the charts. During this period, Hailee also dated notable celebs such as Niall Horan and Cameron Smoller.

When "Fifty Shades Freed" was released in 2018, Steinfeld contributed the track "Capital Letters" to the soundtrack. A number of musical tours followed before Steinfeld starred in the movie "Bumblebee" later in 2018. She also landed a notable voice acting role in the animated film "Spider-Man: Into the Spider-Verse." Over the next period, Hailee collaborated with artists such as Drax Project, Benny Blanco, Juice Wrld, and a number of other stars.

After landing a small cameo role in the 2019 film "Charlie's Angels," Steinfeld joined the case of "Dickinson," playing the character Emily Dickinson in the Apple TV+ series. Throughout 2020, Hailee continued to work on her music career, she released the EP "Half Written Story" in May of that year.

After appearing in "True Grit," Hailee Steinfeld was chosen to be the new face of Miu Miu, a well-known Italian designer clothing brand.