Guy Williams net worth: Guy Williams was an American actor and model who had a net worth of $10 million at the time of his death in 1989. That's the same as around $20 million in today's dollars after adjusting for inflation. He was best known for starring in the TV series Zorro and Lost in Space. He earned enough money from Lost In Space to invest in several businesses. Combined with stock market returns, he was wealthy enough to retire in the early 1970s.

Guy Williams was born in New York City, New York in January 1924 and passed away in April 1989. He was known for playing swashbuckling action heroes during the 1950s and 1960s. He made his debut in the film The Beginning or the End in 1947. Williams starred as Don Diego de la Vega / Zorro on the television series Zorro from 1957 to 1961. From 1965 to 1968 he starred as John Robinson on the TV series Lost in Space. He also starred as Will Cartwright on the series Bonanza in 1964. Williams appeared in several films including Bonzo Goes to College, The Mississippi Gambler, The Man from the Alamo, Seven Angry Men, I Was a Teenage Werewolf, The Prince and the Pauper, Captain Sinbad, and more. He received a star on the Hollywood Walk of Fame posthumously in 2001. Guy Williams passed away on April 30, 1989 at 65 years old. 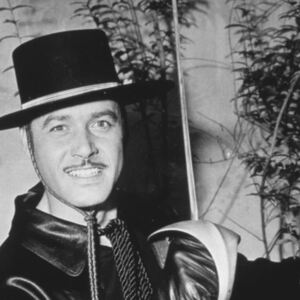