How much is Guy Pearce Worth?

Guy Pearce Net Worth: Guy Pearce is a British-Australian actor and musician who has a net worth of $20 million dollars. Pearce was cast on the popular Australian soap opera "Neighbours" (1986–1989) just days after he took his final high school exams, and he went on to appear in the Australian television series "Home and Away" (1991) and "Snowy River: The McGregor Saga"(1994–1996). He began to gain international attention in the mid-1990s and starred in a wide range of critically and commercially successful films, including "The Adventures of Priscilla: Queen of the Desert" (1994), "L.A. Confidential" (1997), "Memento" (2000), and "The King's Speech" (2010). Guy also appeared in the HBO miniseries "Mildred Pierce" (2011), which earned him an Emmy. In 2012, Pearce began starring in Australian TV adaptations of Peter Temple's Jack Irish detective novels. Though he is mostly known for his acting work, Guy has also released two studio albums, 2014's "Broken Bones" and 2018's "The Nomad."

Early Life: Guy Pearce was born Guy Edward Pearce on October 5, 1967, in Ely, Cambridgeshire, England. His mother, Margaret, worked as a schoolteacher, and his father, Stuart, was a test pilot; Guy has an older sister, Tracy, who has a genetic disorder called Cornelia de Lange syndrome. After the Australian government offered Stuart a job as their chief test pilot, the family moved to Geelong, Victoria, when Guy was 3 years old. Five years later, Stuart tragically died in a plane crash. Pearce became interested in acting at a young age, joining theatre groups and appearing in local productions of "The Wizard of Oz" and "Fiddler on the Roof." He studied at Geelong College, where he joined the Geelong Society of Dramatic Arts, and at age 16, he became a competitive amateur bodybuilder and was later crowned Junior Mr. Victoria.

Career: Guy was cast on " Neighbours" in 1985 and played Mike Young on 496 episodes; he reportedly left the soap opera after producers objected to him playing Errol Flynn in a movie. He made his big screen debut in the 1990 film "Heaven Tonight" and followed it with "Hunting" (1991) and a 12-episode stint on the Australian soap opera "Home and Away." In 1993, "Flynn" (also known as "My Forgotten Man") premiered at the Cannes Film Festival, and though it was set for a theatrical release, Village Roadshow withdrew "Flynn" from release a week before it was scheduled to hit theaters due to a copyright dispute between director Frank Howson and his business partner. Pearce's next role was drag queen Adam Whitely/Felicia Jollygoodfellow in 1994's "The Adventures of Priscilla, Queen of the Desert," and that year he also began starring as Rob McGregor on "Snowy River: The McGregor Saga." Guy appeared on 65 episodes of the series and was nominated for a Logie Award for Most Popular Actor in 1996.

In 1997, Pearce co-starred with Kim Basinger, Kevin Spacey, Russell Crowe, and Danny DeVito in "L.A. Confidential," which grossed $126.2 million at the box office and earned Pearce his first Golden Globe nomination (Outstanding Performance by a Cast in a Motion Picture). Guy then appeared in "Ravenous" (1999) and "Rules of Engagement" (2000) before starring as Leonard Shelby, a man who suffers from anterograde amnesia, in 2000's "Memento." Pearce's performance earned him several awards, and the film has been included on numerous lists of the best films. He followed the success of "Memento" with roles in "The Time Machine" (2002), "The Count of Monte Cristo" (2002)," and "Two Brothers" (2004). Guy then played Andy Warhol in 2006's "Factory Girl" and Harry Houdini in 2008's "Death Defying Acts," and he would later portray F. Scott Fitzgerald (2016's "Genuis") and William Cecil (2018's "Mary Queen of Scots").

Personal Life: Guy married psychologist Kate Mestitz, his childhood sweetheart, on March 15, 1997, and the couple split up in 2015 after 18 years of marriage. Pearce then began a relationship with "Game of Thrones" actress Carice van Houten, and they welcomed son Monte on August 29, 2016. Guy is a fan of the Australian Football League's Geelong Football Club, and he has supported several charitable organizations, including the World Wildlife Fund, Save Our Sharks, and the Australia Zoo Wildlife Hospital.

Awards and Nominations: In 2011, Pearce won a Primetime Emmy for Best Performance by an Actor in a Supporting Role in a Series, Miniseries or Motion Picture Made for Television for "Mildred Pierce." The miniseries also earned him a Gold Derby TV Award as well as nominations from the Golden Globes, Online Film & Television Association, Satellite Awards, and Screen Actors Guild Awards. For his performance in "Memento," Guy received two Golden Schmoes Awards (Best Actor of the Year and Breakthrough Performance of the Year), a Las Vegas Film Critics Society Award, and a San Diego Film Critics Society Award. He also won a Golden Train Award at the 1994 Faro Island Film Festival for "The Adventures of Priscilla, Queen of the Desert" and a Feature Film Award at the 2001 New York International Independent Film & Video Festival for "Woundings." Pearce also shared a Gotham Independent Film Award with his "The Hurt Locker" castmates and a Screen Actors Guild Award and Santa Barbara International Film Festival Jury Award with his "The King's Speech" co-stars. 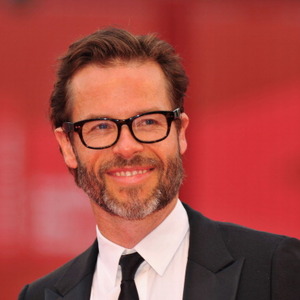