Gustaf Skarsgard net worth and salary: Gustaf Skarsgard is a Swedish actor who has a net worth of $8 million. Gustaf Skarsgard was born in Stockholm, Sweden in November 1980. He is best known for starring as Floki on the television series Vikings starting in 2013. Skarsgard has had recurring roles on the TV series Skuggornas hus as JB in 1996, Cleo as Jonas in 2002, Snapphanar as Karl XI in 2006, Arn: The Knight Templar as Knut in 2010, Biliotekstjuven as John in 2011, and Westworld as Karl Strand in 2018.

Gustaf Skarsgard has starred in several films including Tacknamn Coq Rouge, Sommaren, The Invisible, Evil, Details, The Color of Milk, Babylonsjukan, Kidz in da Hood, Arn: The Knight Templar, Iskariot, Arn: The Kingdom at the End of the Road, Trust Me, The Way Back, Happy End, Kon-Tiki, Vi, Autumn Blood, The Wizard's Daughter, and Darling. He was married to actress Hanna Alstrom from 1999 to 2005. 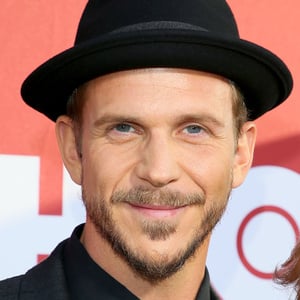