Guillermo Diaz net worth and salary: Guillermo Diaz is an American actor and TV personality who has a net worth of $800 thousand. Guillermo Diaz was born in 1975 in New Jersey to Cuban parents and grew up in Washington Heights, Manhattan. Diaz booked his first speaking role in 1994 at age 19 as Spike in "Fresh".

He appeared in three seasons of Comedy Central's "Chappelle's Show", two seasons of "Mercy", two seasons of "No Ordinary Family", six seasons of "Weeds". Diaz has had guest appearances on many television shows including "The Shield", "ER", "Party of Five", "Law and Order: Special Victims Unit", "Harry's Law", "Tosh.0", "Royal Pains", "Criminal Minds", "Cane", "The Closer", "Without a Trace", "Third Watch", "Touched by an Angel", "The Sopranos", and "Law and Order. His notable film roles include "200 Cigarettes", "Half Baked", "High School High", "Cop Out", "Stonewall", "Exquisite Corpse", "Chelsea Walls", "Just One More Time", "The Terminal", and "Tony and Tina's Wedding". Diaz is openly gay, and credits growing up in a rough neighborhood where he had to hide his orientation with helping him become a better actor. He currently appears with Kerry Washington on ABC's political thriller "Scandal" as Huck, a troubled member of "The Gladiators" with a dark past. 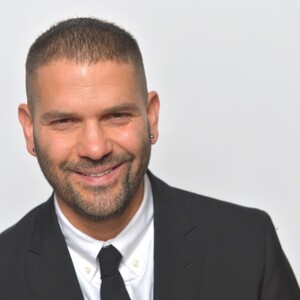