How much is Guillaume Canet Worth?

Guillaume Canet Net Worth: Guillaume Canet is a French actor, director, and writer who has a net worth of $10 million. Guillaume Canet was born in 1973 in Boulogne-Billancourt, France, where he grew up with a love for horses and was a member of the junior French National Equestrian Team. When Canet fell off his horse, he gave up riding, and enrolled in the Courts Florent Drama School to become an actor. His on-screen movie debut came in the short film, "Fils unique". He appeared in "Barracuda", "En plein Coeur", "The Beach", "La fidelite", "The Day the Ponies Come Back", and "Vidocq" before writing and directing his own feature film, "Mon idole". He continued acting with appearances in "Love Me If You Dare" and the Oscar-nominated "Joyeux Noel". Canet's second film was an adaptation of Harlan Coben's novel "Tell No One". The movie was a hit in Canet's native country and he won Best Director at the Cesar Awards among several other honors. Canet has also written and directed 2010's "Little White Lies" and 2013's "Blood Ties". He married German model and actress Diane Kruger in 1999; she appeared in his first movie "Mon idole". They divorced in 2006 and Canet has been dating fellow actress Marion Cotillard since 2007. The two have starred in several films together and Cotillard gave birth to their son in 2011. 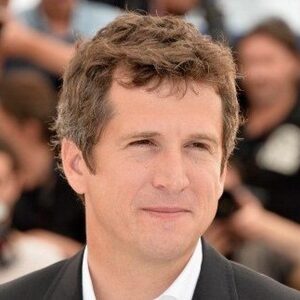