Gugu Mbatha-Raw Net Worth: Gugu Mbatha-Raw is an English actress who has a net worth of $500 thousand. Born in 1983 in Oxford, Oxfordshire, England, as Gugulethu Sophia Mbatha, Gugu Mbatha-Raw studied at the Royal Academy of Dramatic Arts in London in the early 2000s. She landed a variety of small TV roles in the middle of the decade, including appearances in "Doctor Who" and "Bad Girls".

She landing a starring part in "Undercovers" in 2010, though it was cancelled shortly after its premiere. Mbatha-Raw then starred opposite "24" star Kiefer Sutherland in "Touch" in 2011. She appeared in Tom Hanks' "Larry Crowne" the same year and starred in the 2013 historical movie "Belle" as Dido Elizabeth Belle. She also appeared in "Blackbird" and "Jupiter Ascending". Mbatha-Raw has cultivated a stage career, appearing in "Antony and Cleopatra" and "Romeo and Juliet" at the Royal Exchange in Manchester in 2005 as the female lead. She went on to play Monique in a 2008 production of "Gethsemane" at the National Theatre and starred as Opheila alongside actor Jude Law in "Hamlet" at Donmar West End and Broadway from 2009 until 2010. Mbatha-Raw has also appeared on BBC Radio 4 in 2006's "Living with the Enemy" and 2009's "Choice of Straws". She is currently filming 2015's "The Whole Truth". 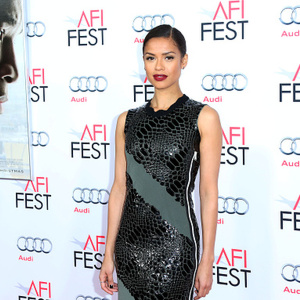