Griffin Dunne net worth: Griffin Dunne is an American actor, producer, and director who has a net worth of $6 million. He is best known for starring in the films An American Werewolf in London and After Hours.

Griffin Dunne was born in New York City, New York in June 1955. He studied at The Neighborhood Playhouse School of the Theatre. Dunne has about 100 acting credits to his name starting in 1975. He starred as Jack Goodman in the movie An American Werewolf in London in 1981 and as Paul Hackett in the film After Hours in 1985. In 2009 he starred as Tony Mink on the television series Trust Me. Dunne starred as Marco Pelios on the TV series House of Lies from 2012 to 2014. He has had recurring roles on TV series including Manhattan, I Love Dick, and Goliath. Griffin Dunne began starring as Nicky Pearson on the series This Is Us in 2018. He has been nominated for an Academy Award, a Golden Globe Award, and a Primetime Emmy Award. Dunne won a Razzie Award for Worst Director in 2014 for Movie 43.

Real Estate and Personal Life: He was previously married to Carey Lowell. He is the father of Hannah Dunne and the son of Dominick Dunne and Ellen Griffin.

Also in 2010, Griffin paid $2.8 million for a three bedroom condo in New York City's Soho neighborhood. In October 2020 he listed this apartment for sale for $3.95 million. 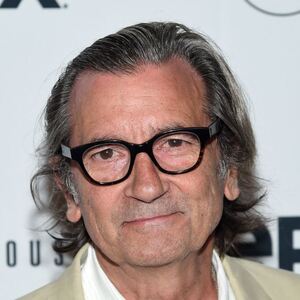