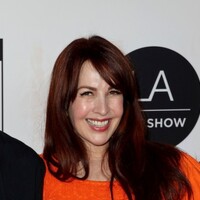 Grey DeLisle net worth: Grey DeLisle is an American voice actress and singer-songwriter who has a net worth of $5 million. Grey DeLisle was born in Fort Ord, California in August 1973. As a singer DeLisle has released the albums The Small Time, Homewrecker, Bootleggers, Vol. 1, The Graceful Ghost, Iron Flowers, and Anchored in Love: A Tribute to June Carter Cash. DeLisle has voiced the role of Daphne Blake in many Scooby-Doo films and of Betty Rubble in The Flintstones films. She has also voiced roles in the movies The Powerpuff Girls Movie, Clifford's Really Big Movie, Bolt, Transformers: Revenge of the Fallen, and more. DeLisle has voiced roles for many television series including Animaniacs, Rugrats, Timon and Pumbaa, Pink and the Brain, Johnny Bravo, The Powerpuff Girls, Batman Beyond, The New Woody Woodpecker Show, Clifford the Big Red Dog, Harvey Birdman, Attorney at Law, The Legend of Tarzan, The Fairly Oddparents, Kim Possible, Star Wars: Clone Wars, Lilo and Stitch: The Series, The Batman, Avatar: The Last Airbender, Curious George, and many more. In 2012 DeLisle won a Behind the Voice Actors Award for Voice Actress of the Year.