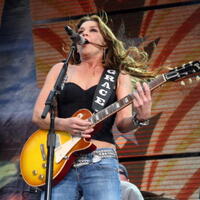 What is Gretchen Wilson's Net Worth?

Gretchen Wilson is an American country musician who has a net worth of $4 million. Gretchen Wilson made her debut in early 2004 with the hit Grammy-winning single "Redneck Woman," which was featured on her album "Here for the Party." Since then, she has had further hits with such songs as "Homewrecker" and "All Jacked Up." Beyond her recording career, Wilson has contributed to various charitable causes focused on health and education.

Gretchen Wilson was born on June 26, 1973 in Pocahontas, Illinois to a 16-year-old mother. When she was still a baby, her father left the family. Wilson grew up poor in various trailer parks, and left school after the eighth grade. By the age of 14, she was working as a cook and bartender at the club where her mother was employed.

Wilson began singing in bands as a young adult. In 1996, she moved to Nashville, Tennessee, where she bartended while singing in clubs and on demos. Wilson did this for the next seven years; during that time, she became a member of a group of singers and songwriters called the Muzik Mafia. 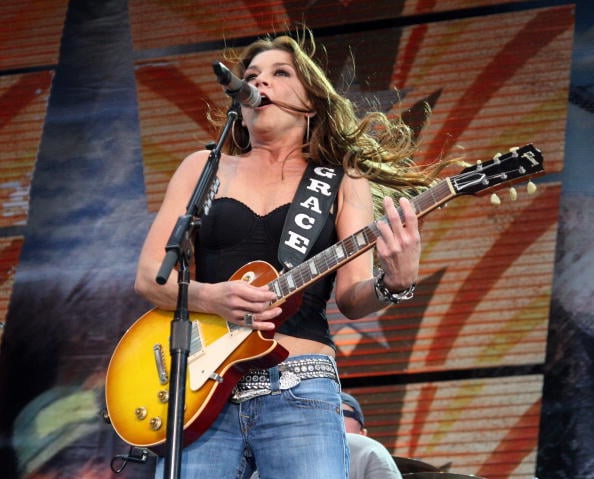 Following the success of "Redneck Woman" and "Here for the Party," Wilson released her second album, "All Jacked Up," in 2005. A major hit, the album debuted at number one on the Billboard 200 and launched the successful title track, which at the time was the highest debut ever on the country chart for a female singer. The album also spawned the singles "I Don't Feel Like Loving You Today," "Politically Uncorrect," and "California Girls," the former of which earned two Grammy Award nominations.

In the spring of 2007, Wilson released her third album, "One of the Boys." It debuted at number one on the Top Country Albums chart and at number five on the Billboard 200. Singles from the album were the title track, "Come to Bed," and "You Don't Have to Go Home." Wilson followed this in the summer of 2008 with her single "Don't Do Me No Good," which was supposed to be the lead single to her fourth album, "I Got Your Country Right Here." However, the album was delayed after the song failed to chart. Wilson went on to establish her own record label, Redneck Records, through which she released the album in early 2010. The first single from her label was "Work Hard, Play Harder."

Wilson's fifth studio album, "Right on Time," came out in 2013; it was preceded by the singles "Still Rollin'" and "One Good Friend." A third single, entitled "Crazy," came out a few months later. Wilson's subsequent albums have included the rock-cover collection "Under the Covers"; the Christmas album "Christmas in My Heart"; the live album "Still Here for the Party"; and the studio album "Ready to Get Rowdy."

Beyond the country genre, Wilson has made many forays into rock music. She has made several appearances on stage with the band Heart, and performed with Alice in Chains at the VH1 Rock Honors in 2007. Additionally, Wilson contributed to a cover of the classic Who song "Who Are You" on the album "Who Are You – An All Star Tribute to the Who."

In 2008, Wilson was sued by the rock band the Black Crowes for copyright infringement, with the band alleging that her song "Work Hard, Play Harder" copied its song "Jealous Again." The lawsuit was eventually settled out of court, and Black Crowes members Rich and Chris Robinson were issued songwriting credits on Wilson's track.

Wilson had a different legal snafu in August of 2018 when she was arrested at Bradley International Airport in Connecticut. Reportedly, she had become combative during an interview on the tarmac, and was charged with disturbing the peace.

Wilson has also been involved in numerous charitable causes, most of them focused on health and education. She has raised money for children's charities such as the Make-a-Wish Foundation and St. Jude Children's Research Hospital, and has served as a spokesperson for the obesity education and support initiative Country Bands Together. Additionally, Wilson has advocated for adult education, as she earned her GED in 2008.