Greta Scacchi Net Worth: Greta Scacchi is an Italian-Australian actress who has a net worth of $4 million. Born in Milan, Italy, in 1960 as Greta Graco, Greta Scacchi moved to Australia with her mother following her parents' divorce. She studied at the University of Western Australia, where she made her on-stage debut in a production of "Early Morning".

She moved to England in the late '70s to focus on acting and appeared in her first movie, "Das Zweite Gesicht", in 1982. She went on to appear in "Heat and Dust", "White Mischief", "The Coca Cola Kid", "The Player", "Presumed Innocent" and "Country Life" during the '80s and early '90s. She starred as Empress Alexandra Fyodorovna in the made-for-TV movie "Rasputin: Dark Servant of Destiny", winning her first Emmy Award and earning a Golden Globe nomination for the part. She was nominated for an Emmy for Outstanding Supporting Actress in a Miniseries or a Movie in 2007 for her performance in "Broken Trail". Her other acting credits include "Shattered", "Turtle Beach", "The Odyssey", "Macbeth", "Looking for Alibrandi", "Flightplan", "The Book of Revelation", "Hindenburg", and "Agatha Christie's Poirot". Scacchi is fluent in four languages, including French, German, and Italian. She married American actor Vincent D'Onofrio in 1989 and they had their first child together in 1992 before divorcing a year later. In 1998, Scacchi gave birth to a son, whose father was her cousin. Scacchi is an avid environmentalist who works with Greenpeace and Christian Aid. 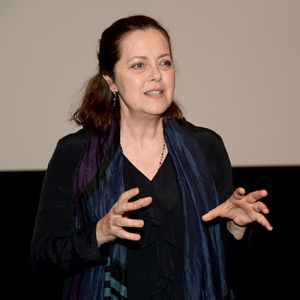